Qatar Airways touches down in Malta

American Airlines issues an update on the Boeing 737 MAX

Qatar Airways touches down in Malta 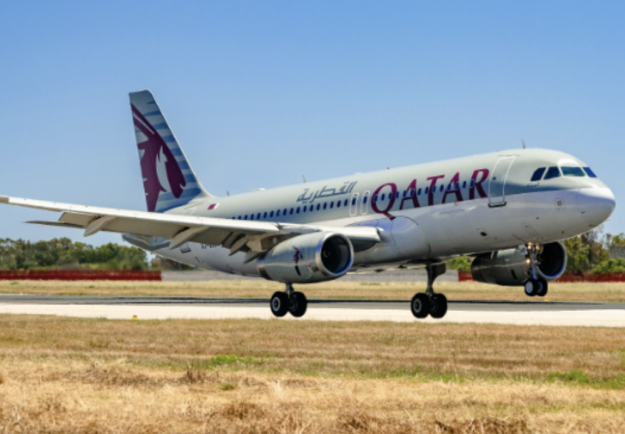 Qatar Airways’ inaugural flight from Doha to Malta landed at Malta International Airport on Tuesday, June 4, 2019, marking the launch of the airline’s newest gateway to Europe.

Operated by an Airbus A320 aircraft, flight QR383 was welcomed with a celebratory water cannon salute upon arrival at the historic Mediterranean island’s international airport. This was followed by a welcome ceremony attended by the Charges d’Affaires of the State of Qatar to Malta, Mr. Abdulla Khalid A A Al-Derham; Malta’s Minister of Tourism, the Honourable Dr. Konrad Mizzi; and Qatar Airways Senior Vice President Europe, Mr. Sylvain Bosc.

The new direct services to Malta will be operated by an Airbus A320 aircraft, featuring 12 seats in Business Class and 120 seats in Economy Class. As well as enjoying the award-winning in-flight service on board, passengers travelling to Malta will also have access to Oryx One, Qatar Airways’ in-flight entertainment system, offering the latest blockbuster movies, TV box sets, music, games and much more.

Malta is the third new destination to be introduced by the airline this summer following the launch of flights to Izmir, Turkey, and Rabat, Morocco, in May; with Davao, the Philippines, and Lisbon, Portugal, joining the network later in June; followed by Mogadishu, Somalia, on 1 July; and Langkawi, Malaysia, on 15 October.