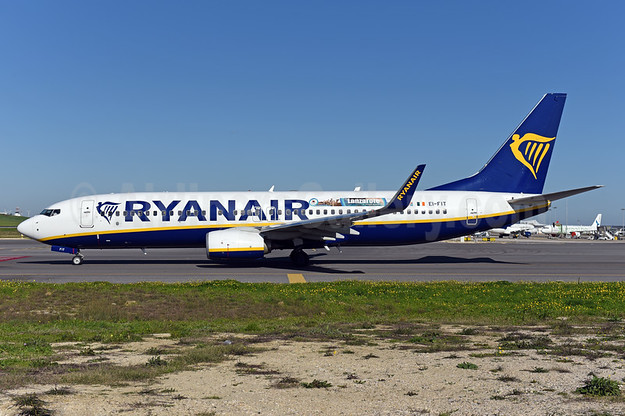 Ryanair has made this dire statement about the on-going ATC strikes in Europe:

An alarming increase in Air Traffic Control (ATC) strikes across Europe has wreaked havoc on airlines, their passengers and business. 2018 is shaping up to be one of the worst years ever for ATC strikes in Europe. Year-to-date, A4E member airlines have been forced to cancel nearly 5,000 flights as a result of the strikes, directly impacting around 784,000 passengers across Europe. In addition, millions of travellers have been affected by flight delays caused by airspace diversions and residual backups.

According to Eurocontrol, 39,000 flights – around 30 per cent of the total en-route delays in May- were delayed due to ATC strikes.  In addition, Eurocontrol projects total delay minutes for 2018 will be up by 53 per cent compared to 2017 as a result of strikes and capacity shortages (14.3 million in 2018 versus 9.3 million minutes in 2017).

ATC strikes have a costly impact on customers, European economies and the environment. They breach the principle of allowing people and goods to move freely across Europe, because:

PriceWaterhouseCoopers (PwC) showed that the economic cost of ATC strikes in the EU between 2010-2017 was €13.4 billion*. Last summer, the European Commission said that since 2005 there have been around 357 air traffic control strikes in the EU, 254 of which have occurred in France (*).

Willie Walsh, IAG’s chief executive, said: “IAG and Ryanair are planning to submit a complaint to the European Commission as ATC strikes represent the biggest challenge for our industry. They are destroying European air traffic and having a huge impact on consumers. It’s a really frustrating cause of disruption that affects all airlines but in particular has a significant negative impact on Spain’s tourism and economy. Continuous strikes by ATC staff in Marseille have a disproportionate impact on those airlines flying from Barcelona because they control flights over most of the Mediterranean airspace. For Vueling this means that 50 per cent of its flights are affected. The EU must act now to protect the rights of the consumers and prevent long term damage to European economies”.

Michael O’Leary, Ryanair’s chief executive, said: “These disruptions are unacceptable, and we call on the Governments, and the EU Commission to take urgent and decisive action to ensure that ATC providers are fully staffed and that overflights are not affected when national strikes take place, as they repeatedly do in France.

“Europe’s ATC providers are approaching the point of meltdown with hundreds of flights being cancelled daily either because of ATC strikes or because Europe’s ATC don’t have enough staff. The situation is particularly acute at weekends where British and German ATC providers are hiding behind adverse weather and euphemisms such as “capacity restrictions” when the truth is they are not rostering enough ATC staff to cater for the number of flights that are scheduled to operate.

“Urgent action must now be taken by the UK and German Governments, and the EU Commission, otherwise thousands more flights and millions of passengers will be disrupted, particularly in the peak months of July and August, unless this ATC staffing crisis is addressed”.

In response to the continued ATC strike disruptions, A4E has proposed a mandatory 72-hour individual notification period for employees wishing to strike, protection of overflights while ensuring it does not come to the detriment of local services, and a guarantee on minimum services to be provided.

IAG and Ryanair’s complaint will argue that by not adequately protecting flights over France, EU law is infringed.

“We have been working constructively and quite intensively over the last several months with French government officials and Parliamentarians to establish a stable and long-term solution to these disruptions. In this context, we urge the French government to take decisive action to resolve this issue on behalf of all our passengers, ahead of this summer’s busy travel season”, said Thomas Reynaert, Managing Director, A4E.

Consumers can also demand swifter action by EU politicians by signing A4E’s online petition:  www.keepeuropesskiesopen.com. The petition will be presented to the relevant authorities in Brussels and EU capitals by the end of 2018.

Link to PriceWaterhouseCoopers Study on the Economic Impact of ATC Strikes in the EU: https://a4e.eu/wp-content/uploads/2016/10/A4E-Economic-Impact-ATC-Strikes-Final-Report_160929-vf.pdf

ATC Update – German ATC staff shortages have caused delays to 48 (11%) of our 435 first wave of flight departures this morning. Thunderstorms have also caused delays in Portugal. We sincerely regret these delays and are doing our utmost to limit their impact on flights throughout the rest of today. Customers on impacted flights have been notified by SMS text and email.