Boeing warns of a pilot shortage 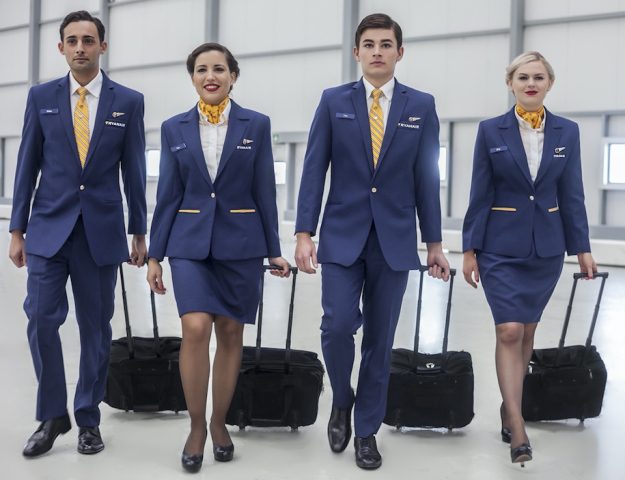 Ryanair is trying to make its case in the on-going contract dispute with its cabin crew unions in Spain, Portugal and Belgium. It hopes to disruptive strikes. 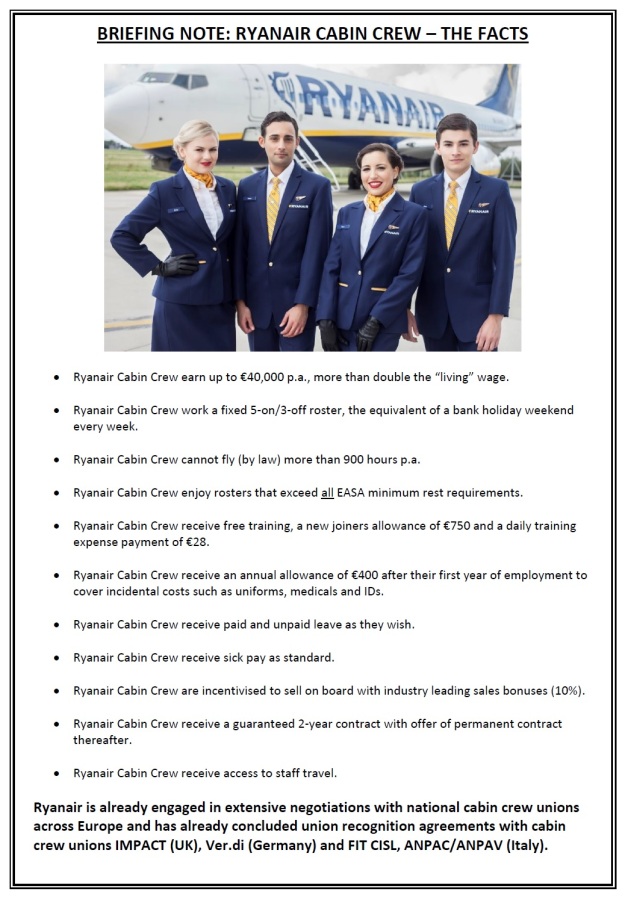 Meanwhile Ryanair on July 19 announced that it has signed its third cabin crew union recognition agreement with Ver.di Union. Ver.di will now be the representative body for all directly employed Cabin Crew operating on Ryanair aircraft in Germany.

This cabin crew recognition agreement follows extensive negotiations with Ver.di and covers the German market. Ryanair looks forward to working with Ver.di and its Ryanair (Cabin Crew) Company Council to conclude an early CLA for Ryanair’s directly employed cabin crew based in Germany.

Additionally Ryanair on July 20 signed a recognition agreement with the Italian union FIT CISL, who will now join ANPAC and ANPAV as a joint negotiating body for directly employed cabin crew in Italy.  The joint negotiating committee of FIT CISL, ANPAC and ANPAV will take effect from July 24, 2018 to commence negotiations on a CLA. The contract agencies (Crewlink and Workforce) employing cabin crew operating on Ryanair aircraft in Italy have also signed recognition agreements today with FIT CISL, ANPAC, and ANPAV, and negotiations on a CLA for contractor crew will also commence from July 24, 2018.

Ryanair is now commencing negotiations on CLA’s for over 66% of its people in its major markets of Italy, the UK and Germany.

Ryanair hopes that the cabin crew unions in Spain, Portugal and Belgium will soon follow this example by engaging in negotiations with Ryanair rather than disrupting Ryanair customers by going on unnecessary strikes.