Qatar Airways to bring its new Qsuite to Chicago O’Hare 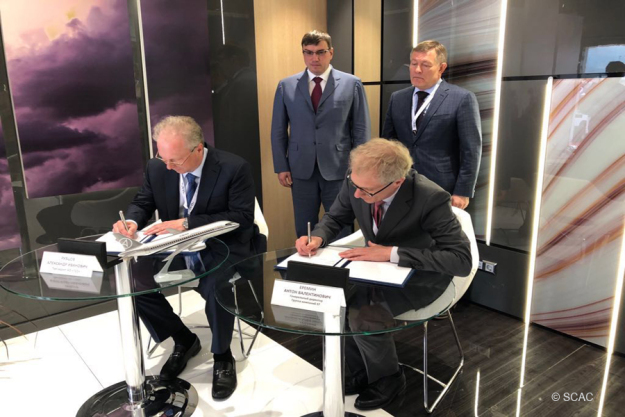 S7 Airlines is considering finalizing an order for 50 SSJ75s with options for 25 more aircraft for deliveries beginning in 2022. If finalized, S7 will be the launch customer of the new 75-seat version.

According to Sukhoi, “It is planned that the aircraft will be produced with maximum of Russian components. Together with the size optimization it is planned to reduce the weight of the structural weight up to 10-15%, to improve aerodynamics up to 10% and reduce specific fuel consumption up to 5% and increase the part of composition materials. The aim is also to cut operation and after-sales support costs.”