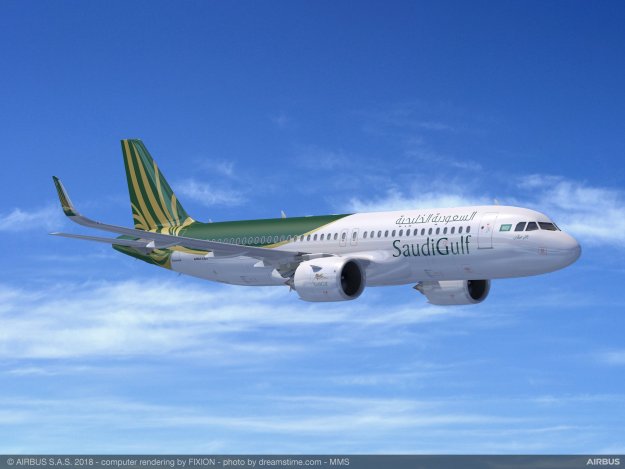 Al-Qahtani Aviation, owner of SaudiGulf Airlines, has signed an agreement to purchase ten Airbus A320neo family aircraft. The commitment was announced at the Bahrain International Airshow, which runs until November 16, 2018.

SaudiGulf Airlines currently operates a fleet of six Airbus A320 aircraft from its hub in Dammam.