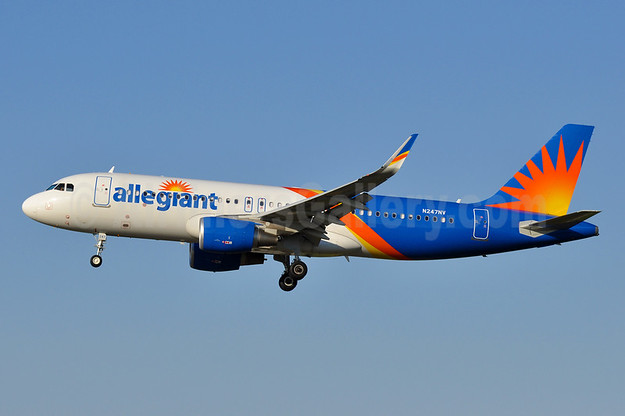 The International Brotherhood Of Teamsters issued this statement:

Pilots at Allegiant Air—one of the country’s most profitable airlines—voted with 93.5 percent support to authorize a strike should it become necessary.

The vote comes in response to Allegiant’s years-long refusal to live up to its commitments and fix a sham scheduling system that has negatively impacted the lives of many pilots and their families.

Voting took place over a one-week period from June 29 to July 6 and was conducted online via a third-party election management provider.

A strike could result in cancellations out of major hubs including Las Vegas, Phoenix and Fort Lauderdale and impact thousands of passengers.

An airline that has made headlines for its bare minimum approach to business, Allegiant made the unilateral decision to force its pilots to use a homemade scheduling system that goes against industry standards and disregards pilots’ seniority and preferences—often upending pilots’ planned time away with their families. A growing number of Allegiant pilots have been leaving the company for other airlines that respect the basic needs and interests of pilots.

“We are people with spouses and children, not cells on a spreadsheet that Allegiant executives can move around with no rhyme or reason,” said Captain Andrew Robles, an Allegiant Air pilot and Executive Council Chairman at the pilots’ union, the Airline Pilots Association, Teamsters Local 1224. “Striking is a last resort, but we’ll do whatever it takes to hold Allegiant to its promises and to make our airline the best it can be for our pilots, our families and our passengers.”

Allegiant pilots have been raising concerns about the scheduling system for years. In 2016, the pilots and Allegiant reached an agreement requiring that they negotiate and implement a new system within 180 days. Allegiant has again stonewalled that negotiation process and recently backed out of its prior agreements with the pilots over terms for the new scheduling system.

Allegiant customers have felt the effects of the company’s bare minimum approach to business. In June, Allegiant canceled dozens of flights in and out of major airports across the country after Allegiant failed to deliver Airbus planes on time, affecting thousands of passengers’ travel plans.

“Allegiant has a long track record of breaking its commitments to its pilots and we’ve had enough. Allegiant executives are acting in complete and utter bad faith in failing to negotiate a fair, industry-standard scheduling system,” Captain Robles said.

Allegiant Air is one of the most profitable commercial airlines in the U.S. with 60 consecutive profitable quarters. Its executives are among the highest compensated in the industry, with the company CEO – and largest shareholder – taking home tens of millions in shareholder returns in recent years. The company enjoyed a $74 million windfall as a result of the recent tax bill.