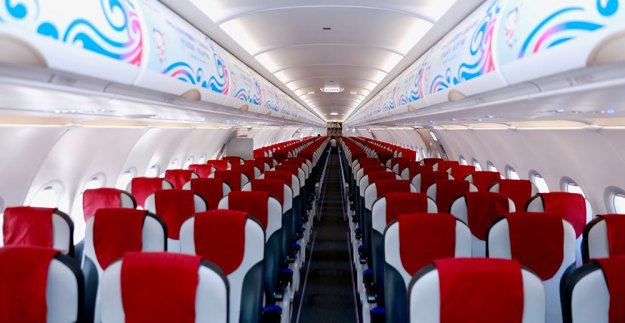 Tianjin Airlines, one of the fastest-growing airlines in Chinahas acquired its 100th aircraft, an Airbus 321, B-302X.

Tianjin Airlines’ fleet has grown to 100 aircraft just 9 years after the official start of operation, providing services to over 70 million passengers in total and making their trip more efficient and more fun.

The chief executive officer of Tianjin Airlines, Mr. Liu said: “It is an honor for the airlines to reach the milestone of 100 aircraft. Tianjin Airlines now operates a young fleet of Airbus A330, Airbus A321, Airbus A320, Embraer 195 and Embraer 190, supporting 270 international and domestic air routes and more than 130 destinations covering three continents.

According to Tianjin Airlines, this new aircraft is specially painted and the paint scheme represents Tianjin’s city image and focuses on several Tianjin city landmarks, showing Tianjin Airlines’ great gratitude towards the city and passengers.

Holding the brand image of “All ways with you”, Tianjin Airlines will continue to update the fleet, aiming to provide convenient service and products, as well as create wonderful travelling experience with passengers.