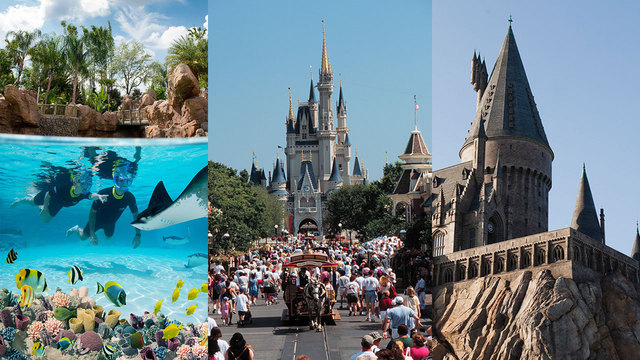 The numbers the past two years — bolstered by a 12 percent increase in domestic travelers in that time — came despite deadly storms, mass shootings in Orlando and Fort Lauderdale and the threat of mosquito-borne Zika virus.

“Because of Visit Florida’s aggressive marketing efforts to make sure families across the world knew that Florida was open to visitors following Hurricane Irma, we are able to celebrate another record-breaking year for tourism,” Scott said in a prepared statement, referring to the state tourism-marketing agency.

As 2017 got underway, Scott, who announced Tuesday’s figures at the Naples Zoo, had sought to push the annual tourism figure to 120 million.

The tourist head count is important as sales-tax revenue helps fuel state government and as tourism helps drive the economy, accounting for approximately 1.4 million jobs among Florida’s workforce of 10.15 million.

Even with the record tourism count, Visit Florida, which undertook a $5 million post-Hurricane Irma effort, estimated that Irma cost the state $1.5 billion in visitor spending.

A report for Visit Florida by Tourism Economics, an Oxford Economics company, found that Irma cost the state 1.8 million visitors, based on tourism trends before the September storm swept through the state. Irma made landfall in the Florida Keys and Collier County before barreling north.

“The majority of these lost visits occurred during September,” the report stated. “By December, the number of actual out-of-state visitors was nearly equal to the number of expected visitors to the state.”

Irma decreased airport travel in September by 11.6 percent, mostly in the southern part of the state, while the Keys experienced a 44 percent decrease in room demand in September, based on comparisons from the same month a year earlier.

Naples, Miami, Melbourne and Fort Lauderdale also experienced drops in hotel demand, while other areas of the state — with people fleeing ahead of the storm and people from out-of-state responding to the storm — recorded increased room demand, the report said.

Outside of the Keys, the storm is credited with helping to boost hotel room demand in October — up 10 percent from a year earlier — and November — 7 percent — due to displaced residents and workers responding to the disaster.

Canadian tourists, who have been a target of Visit Florida President and CEO Ken Lawson, grew from 3.3 million in 2016 to 3.5 million last year. Tourism numbers from Canada had been falling since a high of 4.2 million in 2013, due in part to the weakened Canadian dollar against its U.S. counterpart.

Information provided by The News Service of Florida.