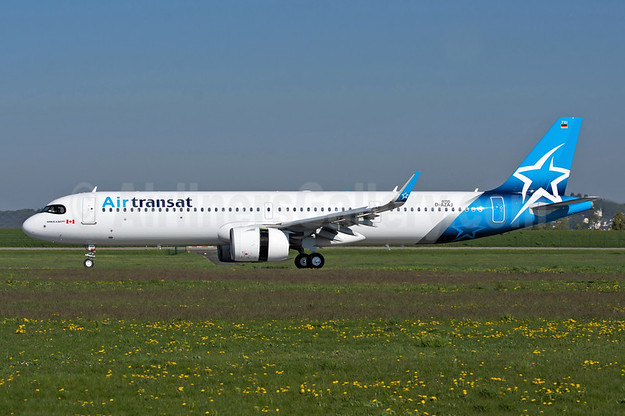 Transat AT Inc. has made this announcement:

Transat AT Inc. has announced that it has agreed to a 30-day period of exclusive negotiations with Air Canada pursuant to a letter of intent contemplating a transaction by which Air Canada would acquire all of the shares of Transat at a price of $13.00 per share.

During such exclusivity period, it is contemplated that Air Canada will complete its due diligence review and the parties will finalize the negotiation of a definitive agreement regarding this transaction, the material terms of which are announced today.

“This announcement is good news for Transat”, said Jean-Marc Eustache, President and Chief Executive Officer of Transat. “This is an opportunity to team up with a great company that knows and understands our industry and has had undisputable success in the travel business. This represents the best prospect for not only maintaining, but growing over the long term the business and jobs that Transat has been developing in Quebec and elsewhere for more than 30 years.”

Transat would like to point out that its operations continue in the normal course and that there will be no change for its clients, suppliers and employees. In particular, travellers and clients of Transat can continue to travel and book their vacation packages with Transat like before.

Context of the Announcement

The Board of Directors of Transat has agreed to the exclusivity agreement based on a unanimous recommendation from a special committee of independent directors that was charged with examining any proposals for the acquisition of the shares of Transat, with the assistance of financial and legal advisors, and with considering all strategic options, as was announced on April 30, 2019. After being solicited by several parties and having considered available alternatives, the Board of Directors has determined that it is now in the interests of Transat and its stakeholders to finalize negotiations on an exclusive basis with Air Canada with a view to completing the transaction. In its recommendation, the special committee considered many factors, including the interests of the Corporation and its stakeholders, the economic and regulatory environment in which Transat operates, the proposed price of $13.00 per share, which represents a premium of 148.5% over the 20-day weighted average trading price prior to the announcement of April 30, 2019, a premium of 47.8% over the 20-day weighted average trading price for the period ended May 15, 2019, the terms of Air Canada’s proposal, which it deemed reasonable and acceptable taken as a whole, including the duration of the exclusivity period, the disclosure of the main terms of the letter of intent, the covenants of Air Canada and the contemplated terms of the definitive agreements.

The letter of intent sets forth certain terms that will be required in the definitive agreement. These terms include a break fee of $15 million payable by Transat in case of termination of the transaction, including upon acceptance of an unsolicited superior proposal, and a reverse break fee of a maximum of $40 million payable by Air Canada in the event that the agreement is terminated because regulatory or governmental approvals are not obtained. In addition, the non-solicitation provision will be subject to the usual withdrawal right based on fiduciary duties if an unsolicited proposal is made at a firm price per share that is at least $1.00 higher than the price offered by Air Canada, in the event such proposal is not matched by Air Canada. Moreover, the execution of a definitive agreement by Air Canada will be subject to the execution of support and voting agreements by certain large shareholders of Transat.

Finally, Transat has agreed to limit its undertakings and expenses relating to the implementation of its hotel strategy during the exclusivity period.

Any agreement will also contain numerous conditions customary for this type of transaction, including applicable regulatory approvals and the approval of the shareholders of Transat.