British Airways takes the top brand for the United Kingdom 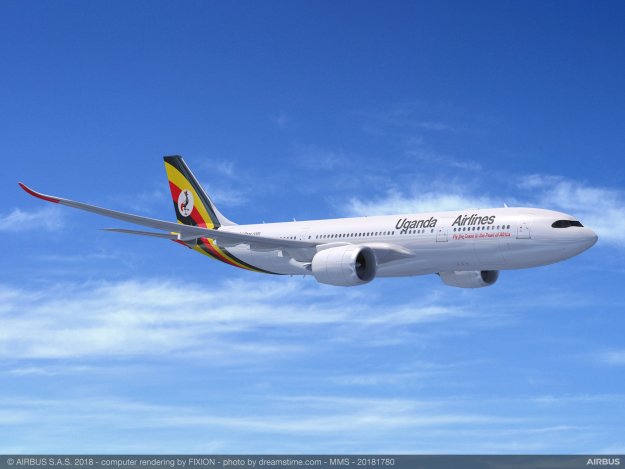 Uganda Airlines, the national carrier of Uganda, has firmed up its order for two Airbus A330-800 airliners, the latest version of the most popular A330 widebody airliner.

Fitted with the new Airspace by Airbus cabin, the A330neo will bring a range of benefits to Uganda Airlines and its customers, offering unrivalled efficiencies combined with the most modern cabin.

Launched in July 2014, the A330neo Family is the new generation A330, comprising two versions: the A330-800 and A330-900 sharing 99 percent commonality. It builds on the proven economics, versatility and reliability of the A330 Family, while reducing fuel consumption by about 25 percent per seat versus previous generation competitors and increasing range by up to 1,500 nm compared to the majority of A330s in operation. The A330neo is powered by Rolls-Royce’s latest-generation Trent 7000 engines and features a new wing with increased span and new A350 XWB-inspired Sharklets. The cabin provides the comfort of the new Airspace amenities including state-of-the-art passenger inflight entertainment and Wifi connectivity systems, amongst others.