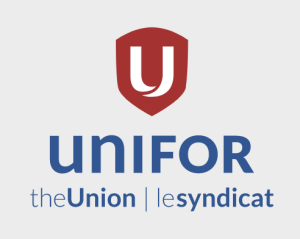 “In the most unprecedented of times while the entire aviation industry in Canada has been shuttered, our pilots came together and this agreement provides a road forward and a plan for all of our members who are suffering financially,” said Barret Armann, President of Unifor Local 7378.

Unifor Local 7378 represents 451 pilots who have been furloughed or inactive  for many months due to the pandemic and government travel restrictions. Sunwing Airlines Inc. normally operates out of six bases across Canada- Vancouver, Calgary, Winnipeg, Toronto, Montréal, Quebec City.

“I want to thank the members for their solidarity and the bargaining committee for pushing back on concessions and reaching an agreement we can all be proud of,” said Armann.

“The fact is these pilots are still waiting for the federal government to support the airline industry with a recovery plan as airlines such as Sunwing continue to lose millions,” said Jerry Dias, Unifor National President. “Instead of helping, the government continues to impose more travel restrictions without also coming up with a government assistance package as many other nations have done.”

Unifor has been demanding a national aviation plan for months, and has held rallies, presented to parliamentary committees and has actively lobbied for a national recovery plan for the aviation industry that includes financial support for workers.

Unifor is Canada’s largest union in the private sector, representing 315,000 workers in every major area of the economy. The union advocates for all working people and their rights, fights for equality and social justice in Canada and abroad, and strives to create progressive change for a better future.