UPS keeps the Boeing 747 alive with a new order

UPS keeps the Boeing 747 alive with a new order 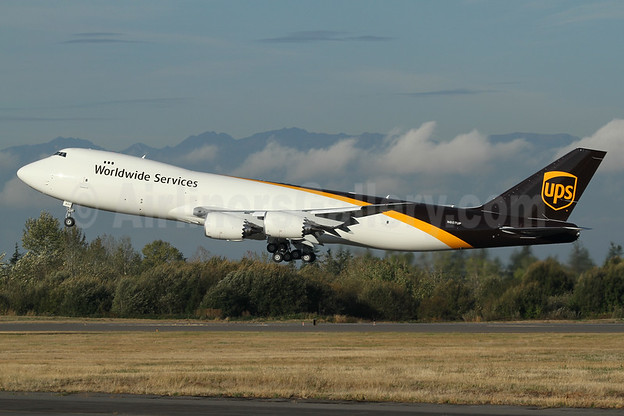 UPS has made this announcement:

UPS on February 1, 2018 announced it has ordered 14 Boeing 747-8F cargo jets and four new Boeing 767-300F aircraft to provide additional capacity in response to accelerating demand for the company’s air services. All of the new aircraft will be added to the existing fleet and no existing aircraft are being replaced.

In addition to growing customer demand for express services, recent US tax reform legislation is enabling UPS to utilize tax savings to significantly increase capital investments and to make them earlier than previously planned.

“As we celebrate the 30th anniversary of UPS Airlines today, we are seeing unprecedented demand for our air products,” said UPS Airlines President Brendan Canavan. “The new freighters will allow us to continue upsizing aircraft on routes and will create a cascading effect that will boost capacity on regional routes around the world.”

The 747-8 freighter carries 46 shipping containers, 34 on its main deck and 12 in its lower compartments. The -8 has a cargo capacity of 307,600 pounds, or approximately 30,000 packages and a range of 4,200 nautical miles. The new -8 aircraft line has a strong industry safety, reliability, and environmental record. The Boeing 767 freighter has cargo capacity of 132,200 pounds and capacity for 31 air containers, 24 on the main deck and 7 in its lower compartments. It has a range of approximately 3,000 nautical miles. UPS currently operates 59 Boeing 767 aircraft.