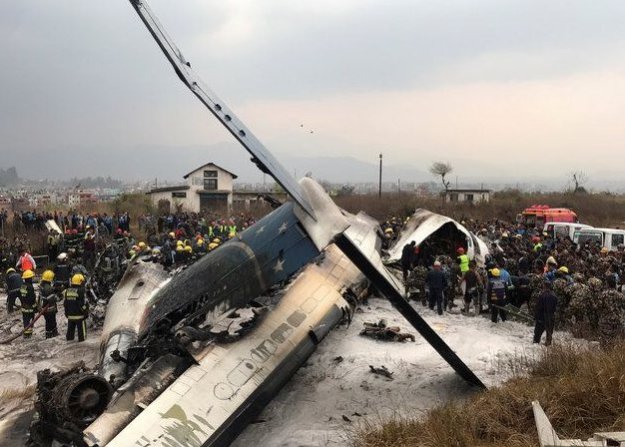 US-Bangla Airlines (Dhaka) Bombardier DHC-8-402 (Q400) registered as S2-AGU with 67 passengers and four crew members crashed today (March 12) crashed on landing in Kathmandu and exited the runway coming to stop in a field. The flight (flight BS211) was arriving from Dhaka.

Police have declared 40 people have died in the crash. This count could change.

According to local media reports, the remaining injured passengers have been rescued and taken to local hospitals.

This is the second incident involving their Q400s. Previously on September 4, 2015, a Q400 skidded off the runway while landing at Saidpur Airport on a domestic flight. There were no injuries in that incident.