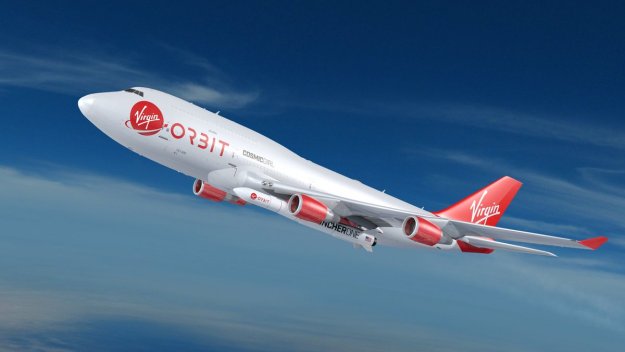 Although Virgin Orbit is an American company and based in Long Beach, California, there’s no denying that the heart and soul of Virgin resides in the UK. It’s why the team is so proud to announce a new partnership with Spaceport Cornwall and the UK Space Agency to conduct the first ever flights to space from British soil.

Virgin Orbit revealed its plans to conduct orbital rocket launches from Cornwall Airport Newquay by 2021. To reach space, Virgin Orbit has designed and built a one-of-a-kind air-launch platform that uses a modified former-Virgin Atlantic Boeing 747-400 aircraft aptly named Cosmic Girl. Cosmic Girl carries a LauncherOne rocket under her left wing, and deploys the rocket around cruising altitude before it jettisons off to space with a customer’s small satellite tucked away in its fairing.

Air-launch comes with a number of benefits over the typical vertical launch you’re probably used to seeing. Most notably, it gives Virgin Orbit the freedom to bypass the traffic jam headaches at established launch ranges. Plus, the team can kick off launches from the UK relatively quickly, since most modern airports like Newquay are already equipped to support the system. There’s no need to spend tens of millions and a decade or more building out a brand new launch pad.

All images by Virgin Orbit.