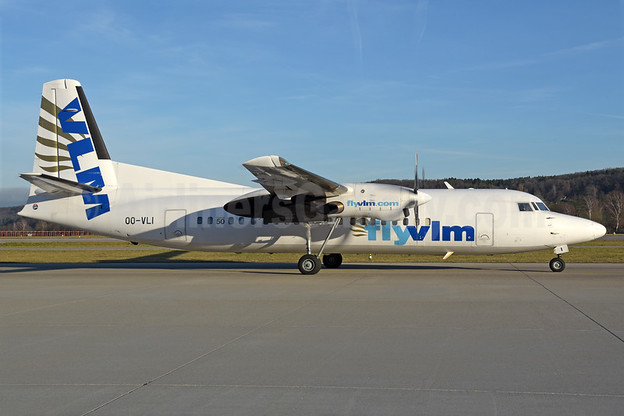 On February 12, 2018 a Fokker 50 from VLM Airlines departed from Antwerp Airport to Munich. Afterwards, the plane set off for the city of Maribor in Slovenia. Initially, the new routes will be flown once a day from Monday to Friday. At the start of the official summer season, VLM Airlines will offer from March 26, 2018 on weekdays two daily frequencies on the Antwerp-Munich route. Thanks to this excellent morning-evening schedule, business travellers and tourists can get the most out of their stay.

The launch of the route to Birmingham which was supposed to also occur on the same day has been postponed to the beginning of the Summer season due to changes in the planning of the maintenance of the engines.

For the first time, Antwerp is now officially linked to Maribor, the second operational base of VLM Airlines via Munich. Although the Oktoberfest may well be the most famous event in Munich, the elegant Bavarian capital has much more to offer than beer. It is a city of tradition with a modern touch and a very large cultural offer, where boutiques, tasty cuisine and edgy subcultures flourish in the shade of the Frauenkirche.

Maribor is Slovenia’s second largest city and is renowned as the city with the oldest vine in the world. In 2012 and 2013, the city was respectively the European Capital of Culture and European Youth Capital. This year, Maribor is European Sports City and European Capital of the Social Economy. Maribor’s favourable geographical location in the vicinity of four transport corridors has a positive impact on the economic development of the region. Although Maribor is one of the tourist hotspots in Europe, the region is a real gem that has not yet been flooded by large groups of tourists. With its nearby ski resorts, Maribor is one of the most interesting sports destinations in Europe. Many national teams are organising training camps there.

** including a short stop-over in Munich