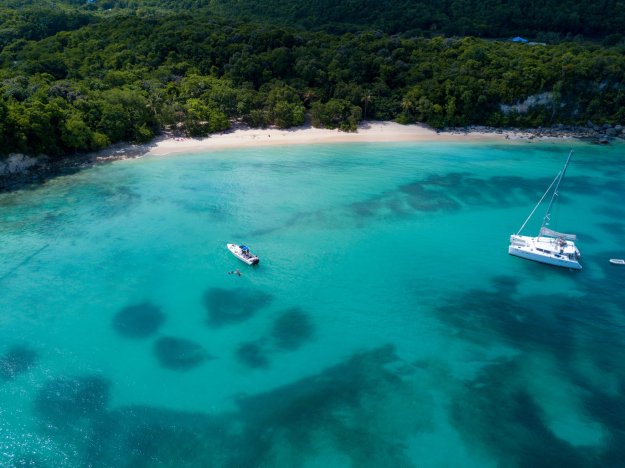 Seen from above, the two main islands of Guadeloupe form the shape of butterfly wings. On the west side, Basse-Terre is set on a volcano range, topped by La Soufrière at the heart of dense tropical forests. The rainforest-covered mountain range form part of a national park, which includes many hiking trails. To the east, just across the narrow la Rivière Salée, Grande-Terre is set on a vast limestone plateau bordered by perfect beaches, turquoise lagoons which share the coastline with amazing surfing spots and unforgettable landscapes. The smaller, but equally beautiful islands of Marie Galante, Les Saintes and La Désirade are just a short ferry ride from the main islands.

Culturally, the Guadeloupe Islands are bound together by a rich ethnic diversity that characterizes their folklore, language, music and beliefs. A land of many influences — African, European, Indian, American and the Far East — the Guadeloupe archipelago has a multi-faceted identity where Indian rites, African memory and the rule of the 17th century colonists are part of everyday life.

JetBlue will operate Guadeloupe service using its Airbus A320 aircraft.