Allegiant Air files application with DOT to fly to Mexico 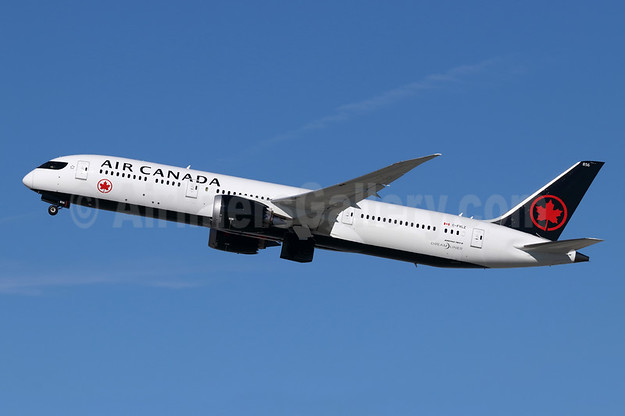 Air Canada has made this announcement:

To mark Earth Day 2019, Air Canada announced a partnership with environmental organization 4ocean, a company dedicated to actively removing waste plastics and trash from the ocean and coastlines while inspiring individuals to work together for cleaner oceans. As the exclusive Canadian airline to sponsor 4ocean, this partnership marks an important milestone in Air Canada’s plastic reduction strategy and creates opportunities for Air Canada employees to participate in coastal North America clean-ups in 2019.

“A key target of Air Canada’s corporate waste strategy is our Single-Use Plastics Reduction program. Our partnership with 4ocean as the exclusive Canadian airline is a great fit with this journey and we are especially delighted with the opportunity to engage our employees in our communities. There are many Air Canada employees who care deeply about sustainability and the environment who are keen to make a difference in actively help reduce ocean plastic pollution,” said Teresa Ehman, Senior Director of Environmental Affairs at Air Canada.

“We are ecstatic to partner with Air Canada in an initiative to eliminate single use plastic.  We believe Air Canada’s Sustainability program is a giant leap forward in this initiative.  4ocean is looking forward to removing thousands of pounds of plastic and waste with Air Canada.” said Tony Chvala, Chief Operating Officer at 4ocean.

To date, 4ocean has removed more than four million pounds of trash from the ocean and coastlines. Drawing from their years of experience, 4ocean will also participate with the Air Canada team to develop educational resources on ocean conservation for employees to draw from and further enhance the company as an environmental steward.

Air Canada’s ongoing plastic reduction efforts include researching and rethinking important decisions made at various stages of the supply chain. In 2018, a review and assessment of all plastics used onboard was conducted, and the company identified options to eliminate, replace, reduce or recycle is single-use plastics. The 35 million plastic stir sticks used on aircraft and in lounges will be the first single-use plastic to be eliminated at the beginning of Summer 2019.

Starting in Fall 2019, Air Canada will additionally be removing the outer plastic bag from approximately 1.8 million Business Class and Premium Economy Class amenity kits, bringing its total single use plastic items removed from onboard to 36.8 million. The company is supporting this work in partnership with University of Toronto graduate students in their final year of their Master of Science in Sustainability Management program. The students are working with Air Canada to identify alternatives to plastic use onboard our aircraft.

Leader in fuel efficiency
Since 1990, Air Canada has improved its fuel efficiency by 44.5 per cent. We have also committed to meet ambitious targets set by the International Air Transport Association, including carbon-neutral growth from 2020 and to reduce CO2 emissions by 50 per cent by 2050, relative to 2005 levels. Air Canada has this fuel efficiency improvement through strong climate action plan that includes:

These efforts and our other green initiatives to increase efficiency and reduce waste were recognized when Air Transport World named Air Canada the Eco-Airline of the Year for 2018.

Repurposing duvets
Waste reduction at Air Canada is about more than recycling paper and aluminum cans. Since 2016 Air Canada has partnered with Partners in Project Green to distribute lightly used duvets to social service agencies that assist people in need and other duvets are donated to local kennels. To date over 13,000 duvets have been donated, equivalent to over 20,000 kilograms of material.