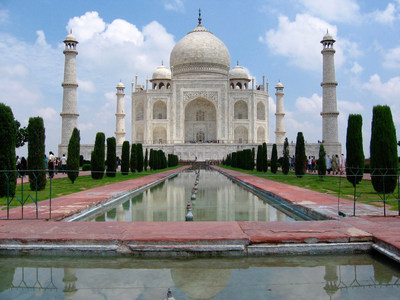 The Toronto–Delhi flights will be operated initially with Boeing 787 Dreamliners and beginning October 27, additional capacity will be added to this route with 400-seat Boeing 777-300ER aircraft.

Air Canada will have up to 18 weekly flights conveniently connecting a multitude of cities in North America to Delhi from both Toronto and Vancouver, and to Mumbai from Toronto.

In another story, Air Canada’s pilots now have another tool at their disposal to make your next flight as smooth as possible.

Since April, pilots on aircraft equipped with Wi-Fi are able to access weather and turbulence data in real time on their iPads, which elevates situational awareness and enhances their ability to avoid bad weather.

“This is a pretty remarkable milestone that has been years in the making,” said Captain Jason Brown, who helped spearhead the project at Air Canada. “This significantly transforms the way pilots access information during a flight and marks the foundation of the digital revolution in the flight deck.”

This new technology, a first in Canada, replaces some of the two-dimensional aspects of obtaining the latest weather and turbulence reports via traditional systems with rich graphical data.

The goal is to help reduce injuries related to turbulence events by giving pilots the ability to see the “big picture” in real time. Pilots will also be able to receive information about turbulence from other aircraft on a similar flight path in so they will be able to try and avoid it as much as possible.

“We used the new real-time access on the first day AC38 Melbourne to Vancouver, it was outstanding. The turbulence information was quite accurate transitioning through the equator,” said Michael Holliday, Captain on a Boeing 787 Dreamliner.

“I used it on the way home from Haneda the day it went live.  It worked beautifully, especially the turbulence reporting.  We were able to find altitudes that kept the turbulence to an absolute minimum.  This is the most significant addition to our toolkit since the iPads themselves,” said Paul Tauschek, Captain on a Boeing 777.

Air Canada pilots have been using iPads in the flight deck since 2013, referred to as an Electronic Flight Bag or EFB. But they were never connected to the on-board Wi-Fi.