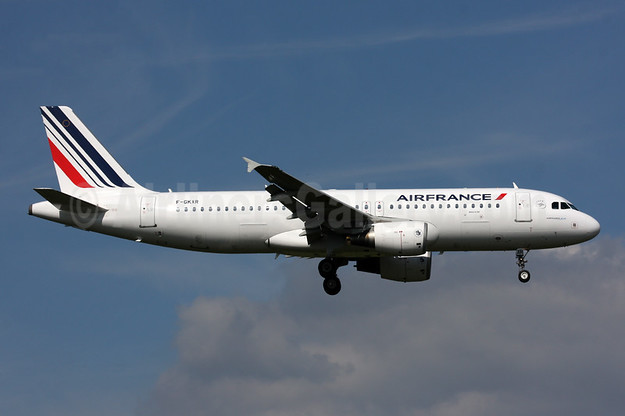 For the 2019 summer season (March 31 to October 27, 2019), Air France-KLM is increasing capacity by 2% compared to the previous summer season1 and offering 58 new routes3. This growth is broken down as follows –

On its long-haul network, Air France-KLM will operate 4 new routes3 –

–        2 destinations on departure from Amsterdam-Schiphol – Boston and Las Vegas (USA) with KLM.

In the United States, Air France will inaugurate the Dallas/Fort Worth service with the completely redesigned Airbus A330 from March 31 to the end of the season with 5 weekly flights. KLM will launch a new service to Boston and Las Vegas, starting from March 31 and June 6 respectively. The company will also increase its flight frequencies to San Francisco as from July with an additional weekly flight (6 flights per week).

In Canada, Air France is adapting to demand by increasing its service to Toronto with 3 additional weekly flights operated by Boeing 777-200 equipped with the latest travel cabins (10 flights per week).

In Columbia, KLM will increase service to Bogota and Cartagena with an additional flight (5 flights per week).

In Ecuador, Air France will inaugurate the Paris – Quito route by Airbus A340 with 3 weekly flights.  Operated by Joon to begin with, the service will be resumed by Air France as of June 26.

In Suriname, KLM will add a frequency to Paramaribo as from July 1, increasing its capacity to 5 flights per week.

In the Caribbean, Air France will gradually resume its service to St Martin and increase its capacity with one additional weekly flight (3 fights per week). KLM will support this dynamic by introducing an additional frequency on the circle flights between St Martin and Curaçao (3 flights per week) as from July 5, 2019.

In Peru, Air France will operate an additional weekly flight to Lima, representing 7 flights per week.

In Panama, Air France customers will also benefit from an additional weekly flight between Paris and Panama (7 flights per week).

In Japan, the Air France-KLM group is significantly increasing its service to Tokyo – 2 additional flights to Tokyo-Haneda on departure from Paris with Air France (14 weekly flights) and 3 additional flights to Tokyo-Narita on departure from Amsterdam with KLM (10 weekly flights). With these increased frequencies, the group is increasing capacity by +12% to Japan.

In China: KLM supports this dynamic in Asia with an additional weekly flight to Shanghai (12 weekly flights).

In India, Air France customers will enjoy a new travel experience on board the Airbus A330 to Bangalore and Delhi thanks to the new cabins in Business (36 seats), Premium Economy (21 seats) and Economy (167 seats). 15 aircraft will be completely redesigned by 2020.

In Kenya, Air France will offer 2 additional weekly flights to Nairobi, representing 5 weekly flights. The route will be operated by the redesigned Airbus A330.

On its medium and short-haul network, the group is expanding its offer of destinations and connections with 26 new routes2.

Throughout the 2019 summer season, the Air France-KLM group will offer 7 new routes2 on departure from the main hubs and regions:

–        On departure from Paris-Charles de Gaulle with Air France: Belgrade (Serbia), Tbilissi (Georgia) and Lorient (France) as from March 31.

–        On departure from the French regions with Air France HOP:

During the peak summer period, the Air France-KLM group will offer 19 new routes2:

–       On departure from the French regions with Air France HOP:

o   On departure from Toulouse – Copenhagen (Denmark) and Minorca (Spain),

o   On departure from Brest – Bastia (France) and Nice (France),

Transavia will develop its network from all its bases in France (Orly, Lyon and Nantes) and the Netherlands (Amsterdam, Rotterdam, Eindhoven) with 28 new routes3 –

–        From Eindhoven – Krakow (Poland) in continuation of the winter season and Zakynthos (Greece).

–        From Amsterdam – Beirut (Lebanon) in continuation of the winter season.

–        From Groningen – Tenerife (Spain) in continuation of the winter season.

On departure from the Netherlands, the Group’s low-cost company will increase its capacity by 4.5%.

On departure from France, total growth in capacity will amount to 16%.

CABINS HARMONIZATION AND SIMPLIFICATION FOR AN ENHANCED TRAVEL EXPERIENCE

The Air France-KLM group is harmonizing the distribution of its cabins on its long-haul network in order to guarantee its customers a clearer, simpler and more consistent travel experience.

Finally, Air France is harmonizing its products and services by constantly operating the same type of aircraft to a destination such as Tokyo-Haneda, which is operated daily by Boeing 777-200, Santiago de Chile by Boeing 777-300 and Toronto by Boeing 777-300.

KLM will be offering its new World Business Class on all its long-haul destinations. Its new Economy cabin will also be available on all Boeing 777, 787 and Airbus A330 aircraft.

AN ENHANCED AND MODERNIZED FLEET

Transavia will fly its customers on board its 79 Boeing 737s throughout the 2019 summer season.

On March 4, Air France, KLM and Virgin Atlantic announced their first code-share agreement, offering their respective customers new travel options to and from North America and more opportunities to earn miles with their frequent flyer programmes. Thanks to this partnership, customers of the three airlines can create their own tailor-made transatlantic trip by choosing from the many flight options operated by Air France, KLM, Virgin Atlantic and Delta.

As a result, Air France and KLM customers will have access to a wide choice of additional flights with 24 new routes available between the United Kingdom and North America via London-Heathrow and Manchester. They will have access to more frequent flights on certain routes such as Amsterdam – Miami via London-Heathrow, as well as additional options between Paris and New York via Manchester.

3Air traffic route – service connecting an airport to another.

Air France-KLM is the leading group in terms of international traffic on departure from Europe. It offers its customers access to a network covering 314 destinations in 116 countries thanks to Air France, KLM Royal Dutch Airlines and Transavia. With a fleet of 548 aircraft in operation and 101.4 million passengers carried in 2018, Air France-KLM operates up to 2,300 daily flights, mainly from its hubs at Paris-Charles de Gaulle and Amsterdam-Schiphol.

Its Flying Blue frequent flyer program is one of the leaders in Europe with over 15 million members.

Together with its partners Delta Air Lines and Alitalia, Air France-KLM operates the largest transatlantic joint venture with more than 275 daily flights.

Air France-KLM is a member of the SkyTeam alliance which has 19 member airlines, offering customers access to a global network of over 14,500 daily flights to more than 1,150 destinations in more than 175 countries.