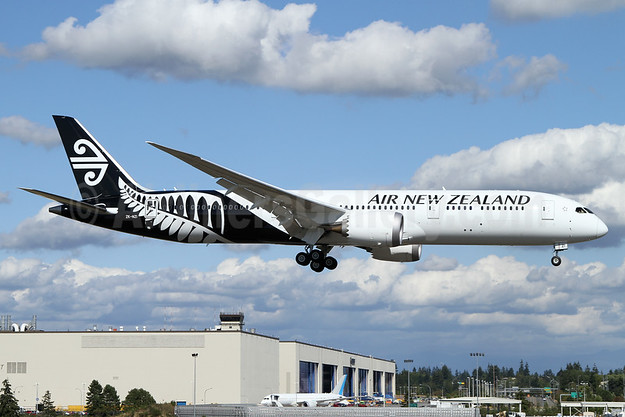 In addition to the new route announcement, United announced it will extend its seasonal service between San Francisco and Auckland to year-round beginning April 2019.

Air New Zealand code share service will be offered on around 100 flights across the U.S. for convenient connections to Auckland via Chicago. United Airlines operates more flights from its hub at O’Hare International Airport than any other airline, with more than 500 flights to 147 airports across the United States.

Beginning in April 2019, United will extend service between its West Coast hub in San Francisco and Auckland to year-round with three-times-weekly service. In partnership with Air New Zealand, United’s flight arriving in Auckland will offer passengers more than 20 connections across the region. The return trip utilizes United’s extensive route network in San Francisco, which provides connections to the United States, Canada, and Latin America. United operates more than 290 daily flights from its hub at San Francisco International Airport to 79 airports across the U.S. and 26 international destinations. Tickets for the expanded San Franciscoschedule will be available on united.com and airnewzealand.com later this year.

Since United and Air New Zealand began their alliance in 2016, the joint venture has opened up more travel options for U.S. and New Zealand travelers than ever before. Overall passenger volumes have grown as customers traveling from New Zealand to the U.S. connect to United’s broad domestic network from its hubs in Houston, Los Angeles and San Francisco.

The new Chicago – Auckland Northern Winter 2018 schedule from November 30, 2018 is as follows:

Flights will arrive into and depart from Terminal 5 at Chicago’s O’Hare International Airport.
The above timings are subject to change.