Record number of tourists visit UK despite terror attacks in 2017 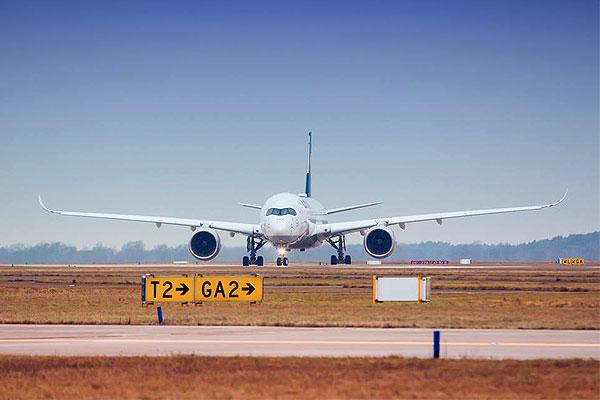 November international passenger demand rose 8.1% compared to the year earlier period, an increase from 7.3% in October. All regions showed growth, led for the third consecutive month by carriers in the Asia-Pacific region.

“The airline industry is in a good place entering 2018. November’s strong demand gives the industry momentum. The number of unique city-pair connections now tops 20,000. Passengers not only have more travel choices than ever, the cost of travel in real terms has never been cheaper. Along with delivering great value to consumers, airlines are rewarding their shareholders with normal levels of profitability. We expect 2018 to be the fourth year in a row where the industry’s return on invested capital will exceed the cost of capital. In sum, we begin the New Year with confidence,” said Alexandre de Juniac, IATA’s Director General and CEO.

“Challenges, however, remain. Security threats continue. Infrastructure issues persist. Fees and charges are a growing part of the cost base. And in many cases airports and air traffic management struggle to keep pace with demand and technology advancements. These and other challenges can only be addressed in partnership with governments. And doing so requires governments to recognize the enormous value that aviation -the business of freedom- provides to their economies and the world,” said de Juniac.

Domestic Passenger Markets
Domestic travel demand rose 7.8% in November 2017 compared to the same month in 2016, up from a 7.2% year-over-year increase in October. All markets showed growth, led again by India and China. Domestic capacity climbed 5.9%, and load factor improved 1.4 percentage points to 83.6%.

¹% of industry RPKs in 2016   ²Year-on-year change in load factor   ³Load factor level  *Note: the seven domestic passenger markets for which broken-down data are available account for 30% of global total RPKs and approximately 82% of total domestic RPKs

Australia’s domestic traffic rose 3.3% in November, compared to November 2016, which was a 14-month high. This has occurred against a backdrop of tightening capacity, which dropped 0.5% in November.