Alaska Airlines continues to strengthen its presence at one of the airline’s key hubs in Anchorage with new nonstop service to three “sun and fun” destinations – Las Vegas, Denver and San Francisco – and the expansion to year-round service to a popular fourth destination, Phoenix. 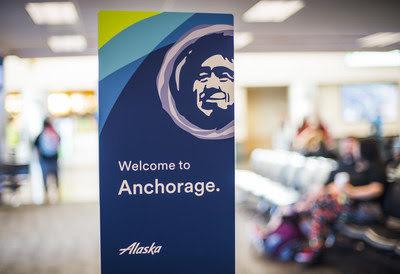 Come this summer, Alaska will fly eight nonstops from Anchorage to these destinations in the Lower 48: Chicago O’Hare, Denver, Las Vegas, Los Angeles, San Francisco, Seattle/Tacoma, Phoenix and Portland. Four of the cities on the West Coast are also Alaska hubs, which allow for improved connectivity for guests traveling to other locations.

The Anchorage-San Francisco flight – first announced in August 2019 – was scheduled to start in April 2020, but it was delayed due to the pandemic.

In addition to Alaska’s continuing commitment to service at Anchorage, the airline partners with non-profit organizations throughout the state focused on helping those impacted by the pandemic. Alaska Airlines and Alaska Air Cargo are currently supporting residents across the state by transporting COVID-19 vaccines, including to some of the most remote communities in the U.S.