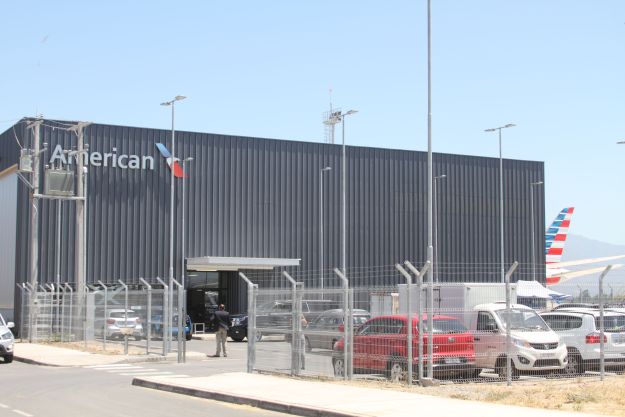 November 9, 2018 was the date when American Airlines officially inaugurated its new facilities in the northwestern area of Arturo Merino Benítez international airport (SCL), despite the fact they were already operating from some months.

These comprises an area of 16,000 square meters; of these, 2,000 sqm belong to a two floor building with offices, classroom, storage of spare parts, technical library and resting areas for the 57 professionals that work there.

The tarmac is able to hold the two airliners that daily operates AA routes between Chile and the United States. The investment was of US $15 million.

The official opening was highlighted by the presence of US Ambassador in Chile, Carol Z. Perez, and Chile’s minister of Transportation, Gloria Hutt, among American Airlines executives and its workers.