Delta Air Lines has issued this inside look at its new Airbus A220-100:

Following the delivery of its first Airbus A220-100 last week, Delta shared a sneak peek of the aircraft’s modern interior with Delta people as the airline celebrated the 10th year anniversary of its merger with Northwest. “As we look back at our growth over the past 10 years since the Delta-Northwest merger, we reflect on the complementary strengths the two airlines brought to form a combined company that’s well positioned to continue leading the industry in decades to come,” said Gil West, Delta’s Senior Executive Vice President and Chief Operating Officer. “In many ways, the A220 represents our continued work to make flying better for everyone and represents the go-forward objectives of our fleet strategy.” 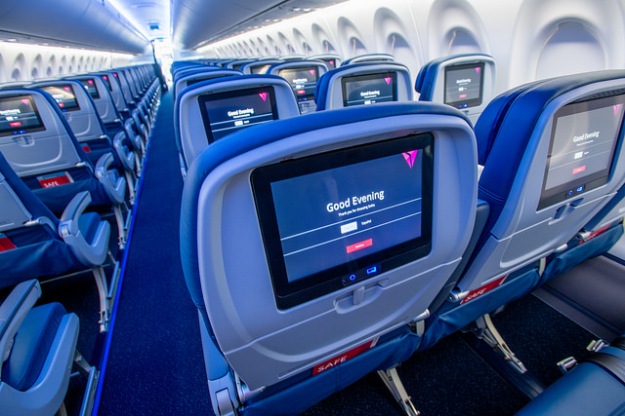 Designed to be experience-rich for customers, Delta’s A220 will bring elements of the international travel experience that customers have enjoyed on widebody aircraft — like Delta’s flagship A350 — to domestic routes for customers to enjoy at home.

Inaugural A220 flights are set to depart on Jan. 31, from Delta’s hub at New York’s LaGuardia airport to its growing operation at Boston Logan International, and from LaGuardia to top business destination Dallas/Ft. Worth.

A walkthrough of the cabins:

Customers flying in Delta Comfort+ on the A220 can expect thoughtful extras, like more legroom and dedicated overhead bin space, in a customer-preferred two-by-three seat configuration. 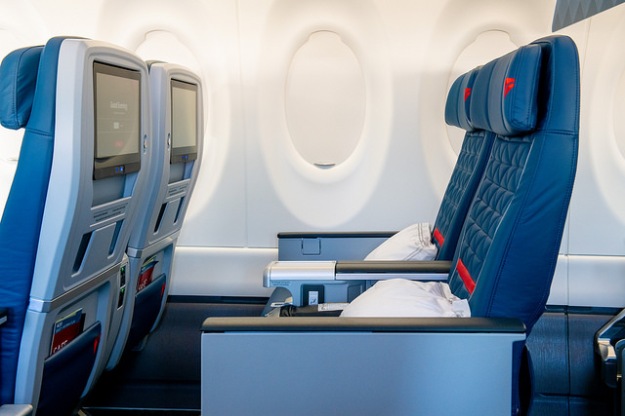 Powered by Pratt & Whitney’s latest geared turbofan PW1500G engine, the A220 takes advantage of advanced technology and composite materials designed to deliver an expected 20 percent improvement in fuel efficiency over similar-sized aircraft when it enters service with Delta. 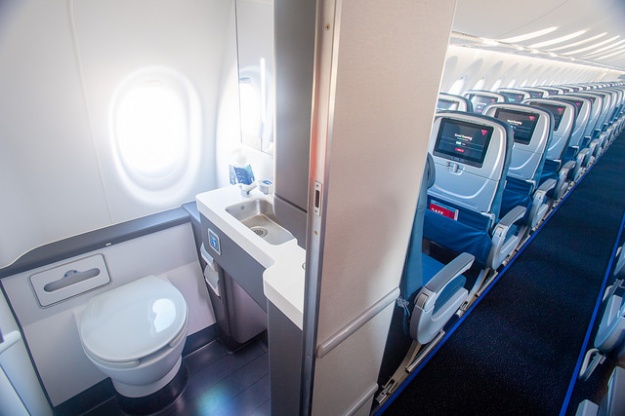