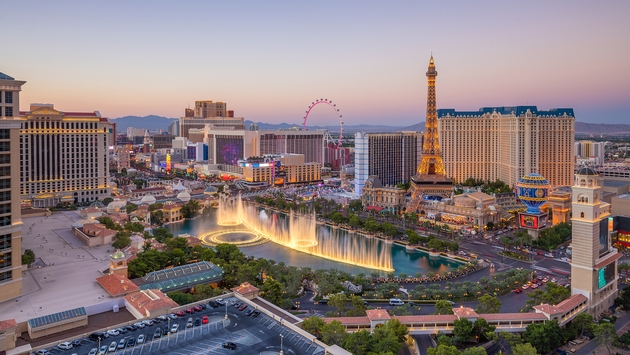 Las Vegas may be the undisputed winner of the no-holds-barred, in-your-face, what-happens-here-stays-here vacation, but official tourism numbers may suggest that visitors are starting to seek their fun in other destinations.

Not unexpectedly, numbers started to dip after a deadly shooting in October that left 58 people dead and injured hundreds more. Early numbers for January, however, suggest Las Vegas is struggling to regain and break its previous record-breaking pace.

According to recent statistics from the Las Vegas Convention & Visitors Authority, overnight visitor numbers slipped in the first quarter of 2018. For January, February and March, overnight numbers dipped 3.3 percent, .6 percent and .9 percent respectively.

Tourism industry officials point to reduced hotel inventory due to construction and one less weekend period during the month of January as partial indicators for the decline.

There could be any number of reasons for the overall decline. Case in point, lunar new year fell in January last year and February this year, which could account for a shift in volume between the two months.

But at least one local is arguing that Las Vegas hoteliers need to take a good look inward for answers.

Anthony Curtis, the publisher of the Las Vegas Advisor—a website publishing information on Vegas activities, deals and discounts—says that ever-increasing resort and parking fees are the real reason visitors are starting to think twice about a Las Vegas getaway.

“Everyone hates resort fees, but the parking [fee] is even worse,” Curtis told the Los Angeles Times. “Everyone wants some kind of comp, [and] the most basic comp is free parking. That was the one comp that everyone got.”

The LVCVA disputes that finding.

“We have no information that ties any reaction to various fees to a reduction in visitation,” wrote Jeremy Handel, senior director of communications, in an email to the Times.

Instead, he said, the decline “is primarily attributed to the reduction in room inventory due to renovations and upgrades at various properties, and a near-term impact from the tragic events of 1 October.”

But Curtis points to a poll from his own newsletter, in which two-thirds of the more than 1,700 respondents said they are opposed to the charges.

Parking fees are relatively new in Las Vegas, with MGM introducing the concept in June 2016. By January 2017, 10 MGM properties and eight Caesars Entertainment properties were charging for parking.

Resort fees have been around a little longer.

Long a complaint of Las Vegas travelers, the resort fee—which can be as high as $45 per night—are not included in the nightly booking rate found online or through other booking options.

In many cases, the fee add-on can nearly double the cost of the hotel deal guests think they are getting.

In April, Caesar’s raised its resort fees by $5 a night. The fees now average $30 to $39 per night at its properties. MGM properties charge a similar rate. The highest resort fees in Las Vegas can be found at the Palazzo and the Venetian, which charge $45 per night. Even off-strip hotels have started charging resort fees, including a handful of properties in downtown Las Vegas.