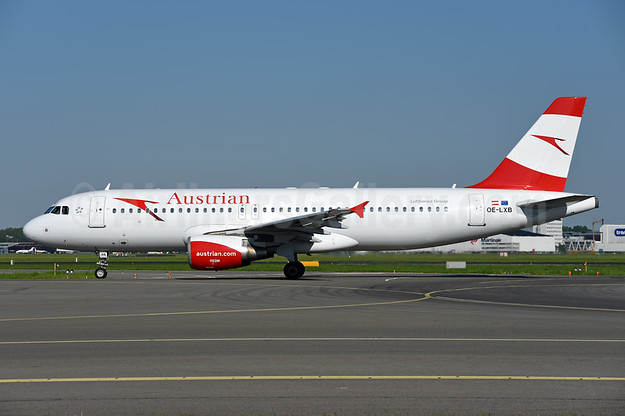 All scheduled flights will be removed from the booking system

Short-time work: all of the approx. 7,000 employees have been put on short time working at least up until April 19th

The worldwide entry bans imposed as a consequence of the coronavirus have not been relaxed and there is still little demand for air travel. For this reason, Austrian Airlines will cease all regular flight operations until April 19, 2020. Two Boeing 777 long-haul aircraft flew to Punta Cana, Havana and Mexico City on behalf of the Austrian Federal Ministry of European and International Affairs to bring home Austrians stranded abroad.

Austrian Airlines originally announced a temporary cessation of its scheduled air traffic until March 28, 2020. Passengers booked on flights during this period will be rebooked on other airlines if possible. Passengers can also rebook their airline tickets or arrange for them to be held in abeyance for the time being.

Short time working for all Austrian Airlines employees extended at least until April 19, 2020
Austrian Airlines has reached an agreement with the Works Council, trade union and the Federal Economic Chamber on a short time working model. The country’s red-white-red flag carrier had previously submitted an application to the Austrian Public Employment Service (AMS) for short-time work on March 6, 2020.

The cornerstones of the agreement are as follows:

The “corona short time working” model stipulates a reduction of working time down to a minimum of 10 percent while ensuring payment of up to 90 percent of employee salaries. The difference will be covered by AMS funding or by Austrian Airlines. The airline originally concluded this agreement for a period of one month beginning on March 20, 2020, including a months-long extension option depending on the further development of the situation. The maximum possible duration of short-time working is six months.

In principle, all executives have also been put on short time working. However, the Management Board has the possibility to exempt employees from short time working for reason of operational requirements. In this case it is agreed that a salary waiver will take effect.