Etihad Airways to increase its seasonal flights to Alexandria and Salalah 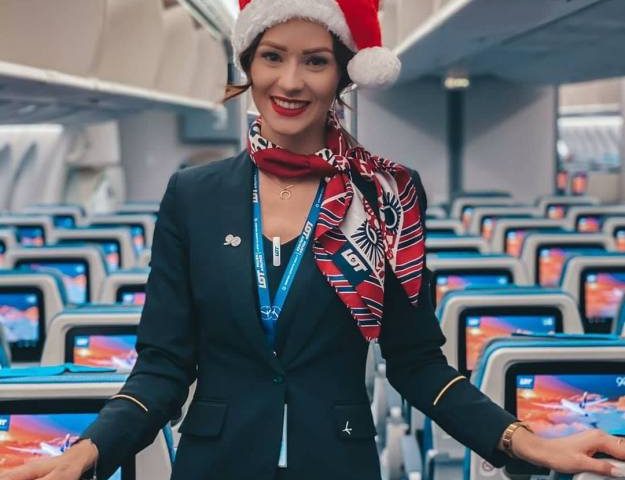 Avion Express has announced it has landed an agreement to wet-lease four Airbus A320s to LOT Polish Airlines.

In Summer 2020 LOT will add new holiday destinations to its growing flight network from Budapest. Starting from June 2020, passengers will be able to fly directly from Hungary to Dubrovnik and Varna.

From May 6, 2020 the number of frequencies between Budapest and Seoul will be increased to four per week. The additional frequency will ensure even more convenient flight schedule for passengers travelling between Hungary and South Korea both for leisure and in business.

OT’s second hub. In a few months time, not only we will increase the number of frequencies on Budapest-New York route up to 7 flights per week – already in May, we will add another weekly frequency on our first route from Budapest to Asia. Launched in September this year, flights between Budapest and Seoul have been a huge success. Until today, the route have recorded an average load factor of 85%, which is the best evidence that passengers both from South Korea and Hungary recognize the convenience of the just started direct connections offered by LOT.

In the coming summer season, LOT also adjusts selected flights’ timelines. Due to Boeing 737 MAXs being still grounded and consequent lack of aircraft, LOT had to temporarily adjust frequencies on some of its short-haul flights between March 30 until May 26, 2020 (Stuttgart, Sofia, Bucharest will be lowered to 6 flights per week; Brussels – to 7 times per week). The flights to Prague and Belgrade will be launched on May 27, 2020. Thus, in the summer season, passengers from Hungary will be able to fly in total to as many as 13 destinations.

In summer season, the number of flights operated by LOT from the capital of Hungary will total 13 – passengers will fly directly to Warsaw, Krakow, London City (LCY), Bucharest, Brussels, Stuttgart, Prague, Belgrade, Sofia, Dubrovnik and Varna as well as New York City (JFK) and Seoul Incheon (ICN). To operate its newly announced European flights, additional LOT’s Embraer 195s will be permanently based in Budapest. The carrier’s fleet base in Budapest will amount to four short-haul aircraft and two Boeing 787 Dreamliner.

The expansion of flights from Budapest is part of the airline’s profitable growth strategy, which LOT Polish Airlines has been implementing since early 2016. As a result, over the recent three years LOT has become one of the fastest growing airlines in Europe, doubled its fleet size and launched over 70 new routes worldwide.

The additional Boeing 787-9 Dreamliner has joined the fleet early November, increasing the total number of LOT wide-body aircraft to 15.