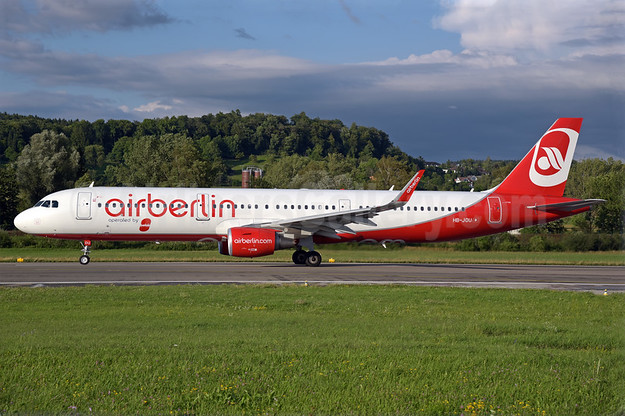 Belair Airlines of Switzerland made this declaration on August 15, 2018:

The board of administration of Belair Airlines AG, headquartered in Glattbrugg (Switzerland) on August 15, 2018 resolved to issue a declaration of insolvency for Belair within the week.

This step was preceded by intense preparations since January 2018, aiming at a new start for the company in the summer of 2018. The plan had been to restart flight operations starting summer 2018 as a provider of wet lease flights (ACMI) for other airlines and of charter flights. Belair Airlines AG was acquired by Düsseldorf-based SBC AG from the insolvency assets of Air Berlin in January 2018.

Essential prerequisites for new start initially well on their way

Among the essential prerequisites for taking up flight operations again – as originally intended – from summer 2018 were a sufficient number of skilled and motivated employees, successful negotiations with potential customers, the interim securing of the operating costs, as well as the re-obtaining of the air operator’s certificate (AOC).

Immediately after the announcement of the preparation for a restart of the company in Jan- uary 2018, essential know-how carriers of the workforce who had been laid-off already in 2017 during the ownership of Air Berlin returned to Belair. At one point, Belair had approx. 20 employees with comprehensive knowledge of the processes and procedures necessary for flight operations who advanced the intense preparations for the restart of the company, putting forth an immense effort. In addition, more than 100 employees stood by to ensure flight operations.

Furthermore, the management of Belair around CEO Michael Hoevel led successful negotia- tions with one of several potential customers. At the end of April 2018, a corresponding con- tract was concluded with a large customer from the tourism industry on the basis of an LOI (“letter of intent”) signed as early as the beginning of April. This contract stipulated the pay- ment of a first significant partial amount shortly after the conclusion of the contract. How- ever, this payment was never made.

To take up flight operations again, it was necessary to re-obtain the air operator’s certificate (AOC) through the Swiss Federal Office of Civil Aviation (BAZL – Bundesamt für Zivilluftfahrt). Besides proof of essential skills, suitable processes and in-company structures, proof of suffi- cient funds within the company was an important prerequisite for re-obtaining said air oper- ator’s certificate. Those funds were intended to be ensured in the restart preparation phase by means of contracts with at least one customer as well as the contribution of one or more investors.

In addition to talks with potential customers, numerous discussions were conducted with in- terested investors. For this purpose, the company including its significantly advanced business model was introduced to several potential investors over the past months. In the process, a potent investor was found and convinced of the advanced business model of Belair and the considerable demand on the market in the course of an intensive review (due diligence) and was planning on making a significant contribution. Unfortunately, said investor has now abandoned discussions at short notice, contrary to previous statements. Consequently, the air operator’s certificate could not be issued.

In view of these developments – following the intensive restart preparation measures taken since the start of the year, the non-payment of aforementioned customer since late April and the surprising cancellation of the prospective investor – this resolution to issue a declaration of insolvency within the week was unavoidable.

The negative repercussions of this development in particular also affect the employees of Belair, who had supported the restart preparations with great commitment and profession- alism. They can now no longer be offered the prospective professional development. The management will provide support for their professional re-orientation within its capacity.

Regarding the development in the past months

Belair was acquired by SBC AG, based in Düsseldorf (Germany), a consulting firm specialising in reorganisation and restructuring, from the insolvency assets of Air Berlin in January 2018. Belair had been part of the Air Berlin Group since 2007. The liquidation of Belair had already been initiated by Air Berlin in the course of 2017. A first attempt by SBC to take over Belair in autumn 2017 initially failed since Air Berlin at the point in time back then was prevented from implementing this transaction for reasons of insolvency law. Subsequent to the takeo- ver, intense work on a restart of Belair had taken place since January 2018. It included further development of the business model as well as numerous intense discussions with customers and investors.