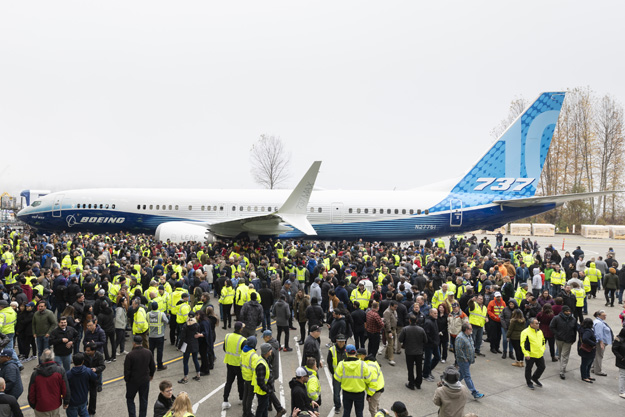 Boeing has issued this statement in light of the release of internal company emails regarding the 737 MAX:

In December, Boeing proactively brought these communications to the FAA’s attention in furtherance of the company’s commitment to transparency with our regulator and strong safety oversight of our industry. We also provided copies to the Senate Committee on Commerce, Science, and Technology and the House Committee on Transportation and Infrastructure in recognition of their oversight functions. These documents have been released publicly at the encouragement of Chairman DeFazio and Chairman Wicker.

Having carefully reviewed the issue, we are confident that all of Boeing’s MAX simulators are functioning effectively. The qualification activities referenced in these communications occurred early in the service life of these simulators. Since that time, both internal and external subject matter experts have repeatedly tested and qualified the simulators at issue. Indeed, more than twenty regulatory qualifications of MAX simulators, performed by the FAA and multiple international regulators, have been conducted since early 2017. The specific Miami simulator that was used for the early qualification tests has been re-evaluated six times during this time period. The simulator software has been constantly improving during this time, through repeated cycles of testing, qualification, and revision of the software code.

These communications do not reflect the company we are and need to be, and they are completely unacceptable. That said, we remain confident in the regulatory process for qualifying these simulators.

In the context of providing these communications to the FAA, and having carefully considered the FAA’s perspective on these matters, we also decided to provide additional documents that were identified in the course of legal reviews of the 737 MAX program. We provided these documents to the FAA and Congress as a reflection of our commitment to transparency and cooperation with the authorities responsible for regulating and overseeing our industry. We welcome, and will fully support, any additional review the FAA believes is appropriate in connection with any of these matters, as well as the continued involvement of the relevant congressional committees with these issues.

We regret the content of these communications, and apologize to the FAA, Congress, our airline customers, and to the flying public for them. We have made significant changes as a company to enhance our safety processes, organizations, and culture. The language used in these communications, and some of the sentiments they express, are inconsistent with Boeing values, and the company is taking appropriate action in response. This will ultimately include disciplinary or other personnel action, once the necessary reviews are completed.