British airline Virgin Atlantic commenced its operations in Pakistan on Friday, becoming the latest international airline to start serving passengers in the country.

The first flight arrived in Islamabad earlier today and was received on the tarmac by Prime Minister’s Special Assistant for Overseas Pakistanis Zulfikar Bukhari and British High Commissioner Christian Turner.

Speaking on the occasion, Bukhari said the arrival of international carriers to Pakistan will boost trade and tourism and will also help in enhancing trade ties between Pakistan and the United Kingdom.

“After British Airways, Virgin Atlantic is the second-largest airline in the UK to launch a series of flights to Pakistan,” said the prime minister’s aide.

The airline will operate eight weekly flights to Pakistan. 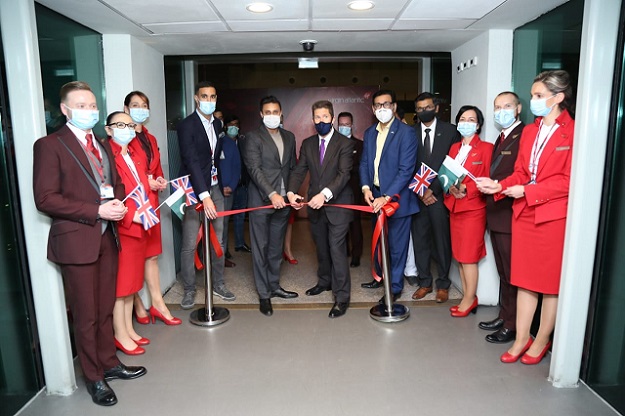 Virgin Atlantic had announced three routes to Pakistan from the UK ie London-Lahore, London-Islamabad and Manchester-Islamabad.

Alongside passenger flights, the airline also announced cargo service to facilitate companies intending to export and import goods between Pakistan and markets of the UK and the US.

Virgin Atlantic restarted flying passengers on July 20, 2020 after a three-month hiatus due to the Covid-19 pandemic and “is currently operating flights to New York, Los Angeles, Hong Kong, Shanghai, Barbados and Miami”, the statement said.