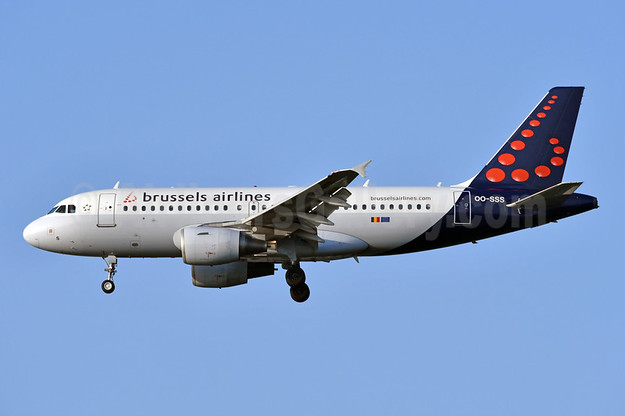 Brussels Airlines made this announcement:

Brussels Airlines closes March with growth. On board of the 6,390 flights that were operated during the past month, Brussels Airlines welcomed 778,175 passengers, or 91,876 more than in March 2017. The largest growth was recorded on the North American (+28.1%) and African sectors (+18.1%), followed by the European network (+10.8%) and the Middle East (+5.6%). The Asian growth is due to the fact that Brussels Airlines’ Mumbai route was opened on 30 March 2017 (comparison of 2 days of operations last year versus an entire month this year). On the European network the growth was mainly achieved thanks to the Thomas Cook Airlines Belgium activities that were integrated last October.

The passenger growth led to an increase of the seat load factor by 4.7 percentage points, bringing the average seat load factor to 79.5%. It was also a very strong month for Brussels Airlines Cargo. The cargo load factor grew by 5.8 percentage points to 75.2%. The freight volumes transported in the belly of Brussels Airlines’ passenger flights increased by 43%, a significant growth that is partly due to the opening of the Mumbai route.Compared to March last year, Brussels Airlines operated 3.9% less flights. Nevertheless the airline was able to increase its growth rate. This is the result of the replacement of the last AVRO jets (100 seats) by Airbus aircraft with a greater capacity (180 seats). Thanks to its increased offer, Brussels Airlines was able to continue to propose competitive fares and attract even more customers. This means, however, that the pressure on airline ticket prices remains very high.

These statistics do not include the passengers on board of charter flights Brussels Airlines operates on behalf of tour operators.