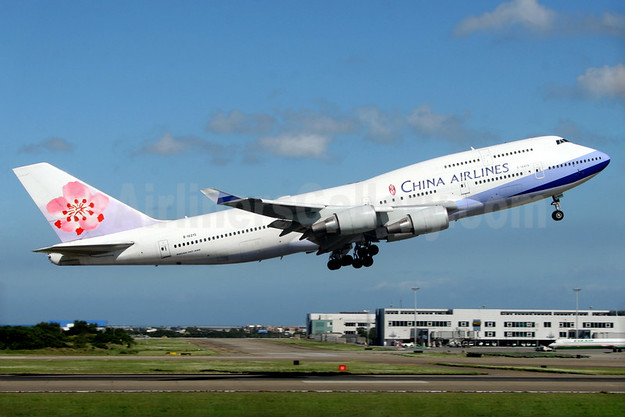 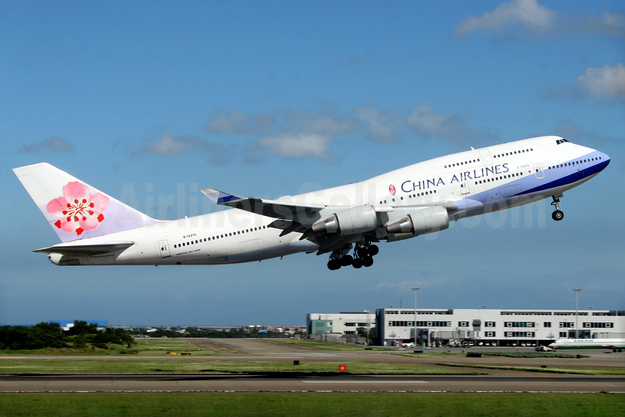 China Airlines, the Taiwan-based carrier, will soon begin retiring the 747-400 passenger aircraft “Queen of the Skies” from service. The limited-edition final passenger-carrying mission generated much fan interest and all tickets were sold within 5 minutes of going on sale.  Thus a “747 Queen of the Skies Farewell Party” one-day micro-trip was launched on March 20 by China Airlines. Aircraft B-18215, the last 747 delivered to China Airlines by Boeing in April 2005, was assigned to fly flight CI-2747 in homage to Queen of the Skies.
For the “747 Queen of the Skies Farewell Party”, check-in began at 7:47 a.m. followed by an exclusive ground-side itinerary at Gate D6, Terminal 2 of Taoyuan International Airport. This included a tour of each cabin class aboard the 747 passenger aircraft as well as a super-sized capsule vending machine for 747 peripherals. A one-of-a-kind 747 photo booth was also set up on the day to fulfill the wishes of travelers kept from international travel for so long.
China Airlines flight CI-2747 was the last passenger-carrying flight of the 747-400 before its retirement and commemorated the aircraft’s service with China Airlines. More than 350 passengers gathered to send off the Queen of the Skies. The flight departed from Taoyuan Airport at 11:30 a.m. and flew to Japan, circling around Mt. Fuji before returning. The flight lasted around 5 hours and 40 minutes, and arrived back at Taoyuan Airport at 17:10. China Airlines prepared 747 surprise packs stuffed with goodies for the passengers. These included a limited-edition Farewell Party model aircraft, embossed face mask, tail-fin keyring, canvas bag, flight safety pack, and navy blue China Airlines amenities kit. Passengers also had the chance to win exclusive gifts such as a Mt. Fuji glass and 747 liveried aircraft model. Passengers were even presented with a commemorative flight certificate during the flight.
First class services were recreated for this micro-trip. Teriyaki eel rice and Grilled beef tenderloin with port wine sauce for example were presented course by course in the traditional manner. The classic Plum Blossom porcelain and vintage Pol Roger champagne all served to highlight the 5-star experience of First Class on the 747; Business Class was served with Kabayaki eel rice in Shokato style and Roasted chicken with baked cheese pasta; the Economy Class menu featured Sakura shrimp with fried noodles and Chicken with Japanese fried egg. For dessert, there was 747 Queen of the Skies cupcakes and aircraft-shaped cookies from a secret menu. Passengers were able to enjoy a variety of different Japanese cuisine aboard the flight.
The first 747-400 in Asia was introduced by China Airlines and the fleet has served to link Taiwan with North America, Europe, and Australia for the past 30 years. During this time, they carried nearly 100 million passengers and were the mainstay of China Airlines’ high-capacity and long-range routes. In 1993, China Airlines used the 747-400 to launch the Taipei (TPE Airport) to New York (JFK Airport) service, the longest direct route in the world at the time; the all-new Plum Blossom corporate logo that China Airlines introduced in 1995 also made its first appearance on the 747-400. It is the only aircraft to have featured three generations of the corporate logo. In 2003, it carried out a Lunar New Year charter flight that passed through Hong Kong airspace to land directly in China for the first time. This was the first Taiwanese cross-strait flight to land at Shanghai-Pudong airport in 54 years. China Airlines thanks the 747-400 passenger aircraft for its contributions to Taiwan and China Airlines, and hopes that every passenger will always remember the Queen of the Skies. (2021/03/20)