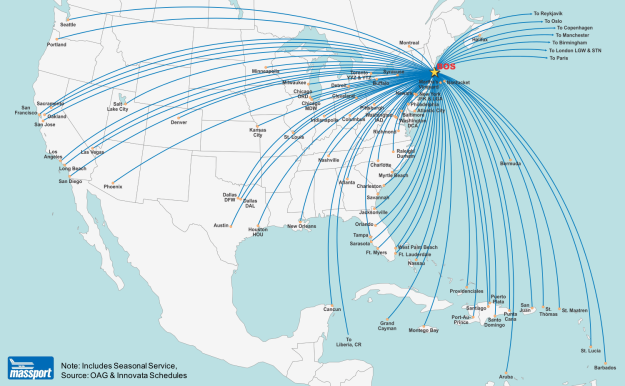 Additionally, in partnership with Massport, Delta plans to assume operations at all gates at Logan’s Terminal A by the third quarter of 2019.

Delta also plans by 2020 the expansion of its Delta Sky Club near gate A18, including new showers, expanded seating and a reimagined food and beverage area.

Together with its SkyTeam and joint venture airline partners, Delta will serve 58 destinations effective fall 2019.  Delta and its partners offer the most international seats from Boston including new and expanded services beginning this spring:

Starting April 2019, Delta and partners are adding three international and four domestic destinations for Boston customers, with frequency increases in another seven markets.

All airline routes from BOS: