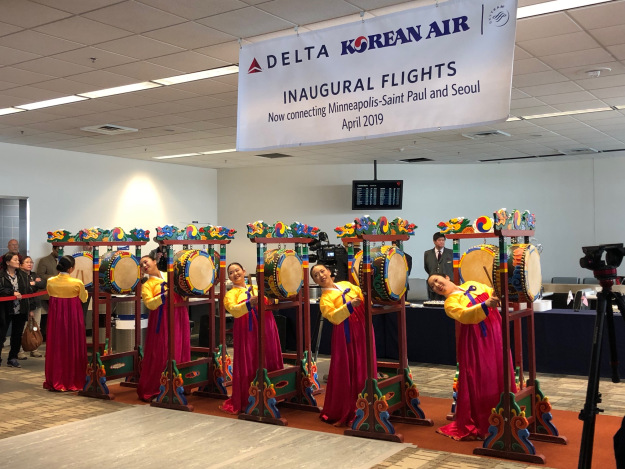 The two new Delta flights, together with Korean Air-operated service between Boston and Seoul beginning April 12, are the first additions to the partnership’s network since the joint venture launched in May 2018.

In addition to enjoying among the best connections between the Midwestern U.S. and Asia, customers on Delta’s new Seoul-Minneapolis/St. Paul flight will enjoy will airline’s award-winning service onboard a newly upgraded 777-200ER.

Delta is deploying Boeing 767-300ER aircraft on the new route, equipped with 25 fully flat-bed seats in Delta One, 29 seats Delta Comfort+ and 171 seats in the Main Cabin.

Delta operates more than 150 peak-day departures to more than 50 destinations from its hub at Seattle-Tacoma International Airport. Delta is Seattle’s fastest-growing airline, growing by more than 50 percent since 2012 and 5 percent this summer.