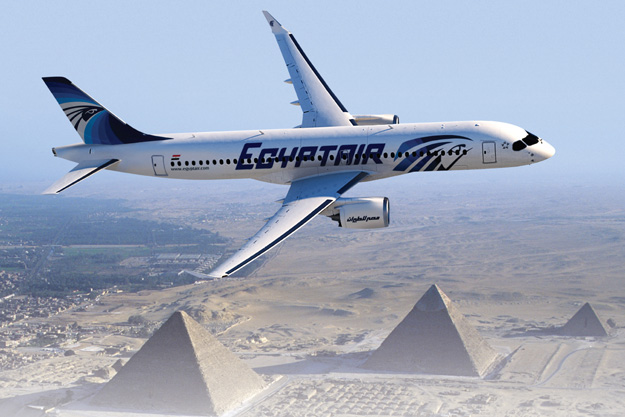 Bombardier Commercial Aircraft and EgyptAir Holding Company have announced that the parties have executed a firm agreement for the sale and purchase of 12 CS300 aircraft along with purchase rights for an additional 12 CS300 aircraft.

EgyptAir’s Letter of Intent (LOI) was previously announced on November 14 during the 2017 Dubai Air Show.

Based on the list price of the CS300 airliner, the firm-order contract would be valued at approximately US $1.1 billion. Should EgyptAir exercise the 12 purchase rights for CS300 aircraft, the contract value would increase to nearly US $2.2 billion.‎