Emirates will reduce its schedule at Dubai for runway work, A380 coming to Boston and Glasgow, will begin retiring its older Boeing 777s – Quantum Aviation | Airline Passengers & Cargo Sales and Charters 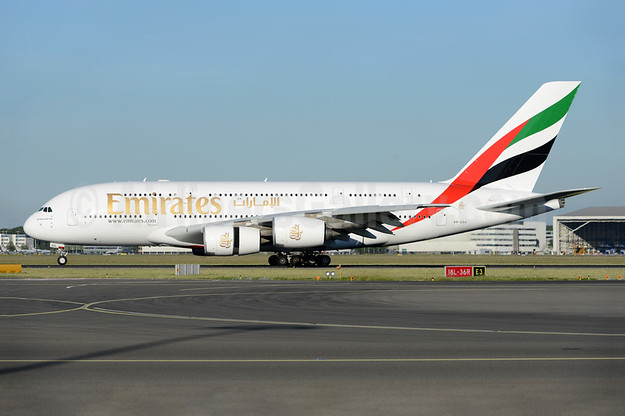 Emirates has announced adjustments to its operational schedules in 2019 to minimize the impact of the closure of Dubai International Airport’s Southern Runway in April and May 2019, and to respond to global travel demand trends. The airline also outlined its fleet plans for the year.

Sir Tim Clark, President Emirates Airline, said: “At Emirates, we pride ourselves on being a customer-focused airline with a commercially-driven business model. We invest in a modern and efficient aircraft fleet so we can offer industry-leading comforts to our customers, and we are agile in deploying our aircraft to destinations where it best serves customer demand.

“The changes we are implementing to our network schedules in 2019 are in line with this approach, taking into consideration global market dynamics and operational limitations including the maintenance work on Dubai Airport’s Southern Runway. Through the year, we will continue to keep a close watch on global markets and will maintain our flexibility to optimise the usage of our aircraft assets.”

A significant number of scheduled Emirates flights will be impacted by the closure of Dubai International Airport’s Southern Runway for maintenance work between April 16 and May 30, 2019.

Given the limitations around operating flights using a single runway at its hub, many Emirates flights will be cancelled, re-timed or have the operating aircraft changed in order to reduce impact on customers. This will result in up to 48 Emirates aircraft not being utilised, with a 25% reduction in the overall number of flights operated by the airline during the 45-day period.

Emirates will deploy additional flights to several markets in Africa starting in June 2019. The additional services will satisfy the increased demand that the airline has witnessed in these markets, and will offer customers even more seamless connections between these destinations and Emirates’ global network through Dubai. Cities in Africa that will be served by additional Emirates flights include:

Multiple destinations across Europe will also be served by additional Emirates flights during peak travel season leading up to and lasting through the summer of 2019. These destinations include:

In order to meet increased seasonal passenger demand Emirates will be introducing its Airbus A380 aircraft to destinations including:

Emirates will also adjust its services into South America to optimise fleet utilization. From  June 1, 2019, the airline will deploy its newly refurbished two-class Boeing 777-200LR on its daily service from Dubai to Rio de Janeiro.  Offering wider Business Class seats laid out in 2-2-2 format and refreshed seats in Economy Class, this service will continue from Rio de Janeiro to the Argentinian capital city of Buenos Aires four times a week, and on the remaining three days it will operate onwards to Santiago, Chile.

With this change, Emirates will suspend its linked flight from Dubai to Santiago via Sao Paulo. Sao Paulo will continue to be served with a daily non-stop Airbus A380 service to and from Dubai.

With a view to providing more efficient and direct connection options for customers travelling to and from Australia, Emirates will suspend flights EK 418/419 between Bangkok and Sydney from  June 1, 2019. Emirates will continue to serve Sydney with three flights a day nonstop to Dubai, and Emirates’ customers wishing to travel between Bangkok and Sydney will have flight choices provided by Emirates’ partner Qantas.

Effective March 31, 2019, Emirates will suspend EK 424/425 and serve Perth with a once daily Airbus A380 service nonstop from Dubai. Emirates customers travelling from Perth will continue to enjoy rapid two-way connections through Dubai to over 38 destinations in Europe, and a further 16 cities in Europe via Emirates’ codeshare partner flydubai. Customers will also be able to enjoy a seamless Emirates A380 experience between Perth and close to 20 destinations in Europe.

Emirates is committed to operating one of the youngest aircraft fleets in the international aviation industry offering unparalleled customer experience and a superior level of safety combined with better fuel efficiency.

During the financial year 2019/20, Emirates will take delivery of six new Airbus A380 aircraft. At the same time, the airline will be renewing its fleet by retiring seven older Boeing 777 aircraft. Emirates took delivery of its last Boeing 777-300ER aircraft in November 2018 and will commence taking deliveries of the next generation Boeing 777Xs in 2020.