Atlantic Airways, promoting the Faroe Islands as a destination 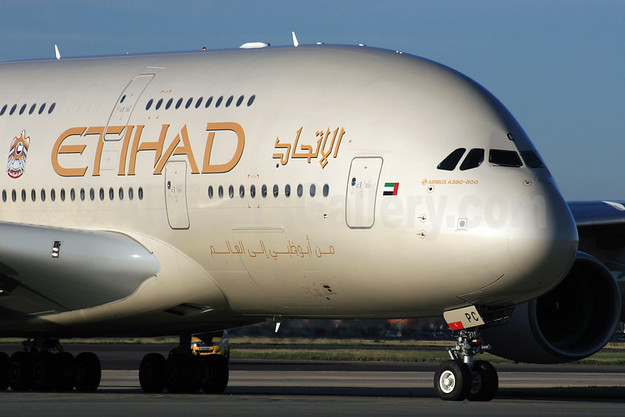 Etihad Aviation Group (EAG) has announced a year-long program of activities and humanitarian initiatives to mark 2018 as the Year of Zayed.

Etihad’s headquarters in Abu Dhabi inaugurated its Year of Zayed activities by holding a flag-raising ceremony attended by employees. The aviation group’s offices and buildings around the world are now adorned with Sheikh Zayed’s inspiring quote: “The union is our ticket to power and prosperity”.

The UAE President His Highness Sheikh Khalifa bin Zayed Al Nahyan declared 2018 the Year of Zayed, a nationwide initiative, which will highlight the UAE founding father’s unparalleled role in establishing the UAE Federation, and his local, regional and international achievements as well as his values and principles.

Khaled Al Mehairbi, Senior Vice President Abu Dhabi Airport, and General Manager of Etihad Airport Ground Services, who also serves as Chairman of Etihad Airways’ Sports and Social Committee, and CSR strategy said: “We are tremendously proud of the rapid growth of Abu Dhabi and the union. All the people of the UAE are, and will always remain the most important element of our nation’s development. This was our father Sheikh Zayed’s main objective and vision.

In support of the national initiative, and to reaffirm its commitment to the UAE, Etihad has launched a strategy based on the government’s four Year of Zayed pillars: Wisdom, Respect, Sustainability and Human Development.

To celebrate the event, Etihad has released a short film (below) titled ’Running Boy’ to honor Sheikh Zayed’s legacy of human development in the UAE. The film follows a boy who runs through surroundings, which change through the years in celebration of the 46 years that have passed since the inception of the UAE.

Etihad will also pay tribute to Sheikh Zayed’s humanitarian spirit by planning initiatives focused on supporting societies and urban developments in many countries.

The first of many year-long initiatives is the Rohingya-focused charity campaign this month supporting Burmese children and families fleeing to Bangladesh. This will include a welfare trip to Bangladesh where more than 3000 refugees will receive winter clothes, blankets, tents, and solar lamp power.

Etihad will also continue its ongoing efforts to promote an eco-friendly environment within the UAE with the establishment of five greenhouses as part of its ‘Greener Together’ campaign.

Inspired by Sheikh Zayed’s vision of the empowerment of youth, Etihad will support the establishment of libraries and skill development centres in a number of countries including Nepal, Morocco, Philippines and India, and will continue driving its global education initiative by supporting the refurbishment of elementary schools on Samboja Island in Indonesia. Etihad’s global education campaign was launched in 2012 and has since helped more than 100,000 students around the world to continue their education.

A number of events to showcase values and tolerance are planned in the UAE this year, including an International Women’s Day celebration at Etihad’s headquarters in Abu Dhabi, and marking International Tolerance Day in November.