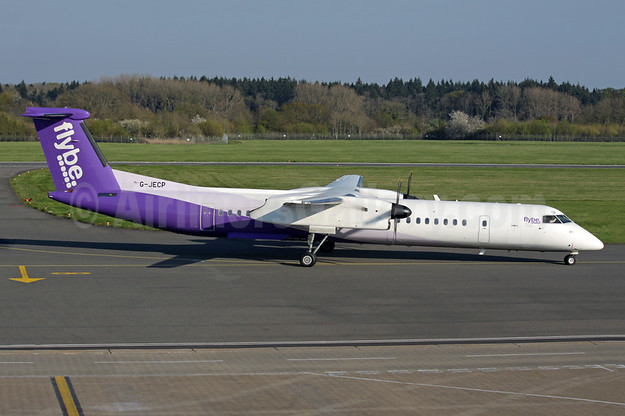 The European Commission has issued this decision:

The European Commission has approved, under the EU Merger Regulation, the acquisition of UK regional air carrier Flybe by Connect Airways, a consortium by Virgin Atlantic, Stobart Aviation and Cyrus. The decision is conditional on full compliance with commitments offered by Connect Airways.

Connect Airways is a consortium founded by Virgin Atlantic, Stobart Aviation and Cyrus. Through the consortium, the three companies will jointly control Flybe, Propius and Stobart Air following the merger.

The Commission investigated the impact of the proposed transaction on the market for air transport of passengers on routes from British airports to other European airports as well as some intra-UK routes.

The Commission’s investigation found that the transaction, as initially notified, would have led to quasi-monopolies on two direct European routes, namely Birmingham – Amsterdam and Birmingham – Paris.

This quasi-monopoly situation would result from Air France-KLM acquiring indirect control over Flybe, via its joint control over Virgin Atlantic. The Commission approved the joint acquisition of Virgin Atlantic by Air France-KLM, Delta and Virgin group in February 2019. The Commission also noted that entry of competitors into these routes would be difficult, considering that both Amsterdam Schiphol and Paris Charles de Gaulle airports are very congested airports.

The Commission also investigated the effects of the transaction on several other markets, such as passenger air transport to/from Amsterdam Schiphol airport, cargo air transport services, ground-handling services or airport infrastructure services but did not find competition concerns in any of these.

To address the competition concerns identified by the Commission with regard to the Birmingham – Amsterdam and Birmingham – Paris routes, Connect Airways offered a set of commitments.

The Commission’s derogation decision of February 21, 2019

Under the EU Merger Regulation, companies have the obligation not to implement a notifiable transaction before it has been declared compatible with the common market (Article 7(1) of the EU Merger Regulation). This serves to avoid that competition could be harmed beyond repair before the Commission has taken its decision. At the same time, EU merger rules enable the Commission to give a temporary approval for certain parts of a transaction (on the basis of Article 7(3) of the Merger Regulation) in a way that does not harm effective competition, and in order to avoid negative effects for consumers.

On 21 February 2019, the Commission granted Connect Airways such a derogation. As a result, Connect Airways was allowed to acquire Flybe’s shares prior to the merger clearance, subject to strict conditions, in particular related to voting rights. The derogation decision helped prevent flight cancellations to the detriment of consumers and helped avoid staff layoffs, while the merger review was ongoing.

Flybe, based in the UK, is a British regional airline with a focus on short-haul, point-to-point flights. It currently operates 190 routes serving 12 countries from 73 departure points in the United Kingdom and other European countries.

Cyrus, based in the US, is an investment adviser and an investor in public and private airlines.

Stobart Group, based in Guernsey, is active in aviation and infrastructure markets, including (i) operating regional airline Stobart Air and (ii) developing London Southend Airport.

With Connect Airways taking over full management control of the business, Mark Anderson (CEO, Connect Airways) and with the leadership teams from Flybe and Stobart Air will now focus on plans to grow Flybe’s regional network, as well as expanding Stobart Air’s successful franchise business.

Work is also underway to develop an exciting new brand and customer proposition, which will be announced in due course.