American Airlines adds flights to Miami for the Super Bowl 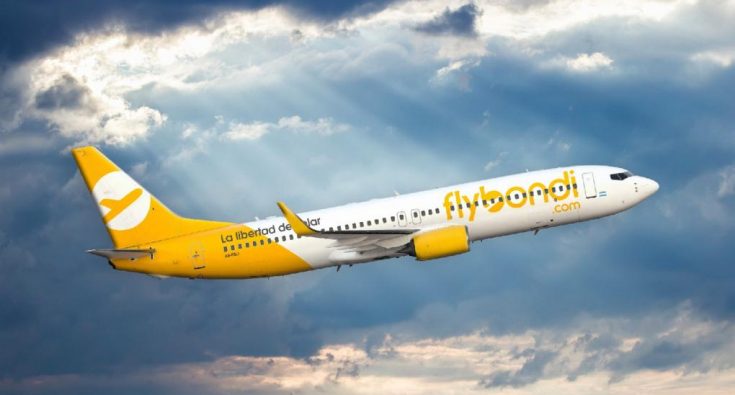 Flybondi, the first low cost airline in Argentina, reported its results for December 2019 with indicators of excellence in its performance. During the last month of the year, the destinations of its domestic flights were consolidated with a load factor of 90%, which puts the airline on the podium of the industry with the best indicator. Moreover, the airline had 89% punctuality on its flights and broke records of transported passengers: more than 143,000 chose to fly low cost to reach their destinations.

Also, this month, the route to Florianopolis, its second destination in Brazil, began to operate and launched the route to Porto Alegre for sale, which together with San Pablo will be the first routes to open in 2020 (March and January respectively).

In this way, Flybondi offers a total of 20 destinations that connect through its 25 routes: 6 regional and 19 cabotage. It is important to highlight that the company’s offer for domestic flights includes routes that for more than 20 years had no new air offers, such as Posadas, Corrientes or Santiago del Estero, and some interprovincial connection routes such as Córdoba-Salta, Rosario-Iguazu, Córdoba-Neuquén. Approximately 20% of Flybondi customers travel on these routes, which do not pass through Buenos Aires.

With the new connections incorporated, Flybondi has established itself as the country’s leading low cost with more than 2,400,000 passengers transported, of which 480,000 are people who traveled by plane for the first time in their lives. For much of the year it was positioned as the third largest airline in the country with a market share of 9% and 15% on those routes to which it flies.

Shortly after completing 2 years of operation, Flybondi reinforces its commitment to generate a positive impact on the development of the Argentine air market, with a clearly federal objective and ensuring always offer a service with the highest standards of quality and safety, and with the lowest rates in the market.

– Only low-cost airline to connect Argentina with Paraguay, Uruguay and Brazil.

– Airline with the best occupation in Argentina and third in Paraguay

Destinations to which it flies