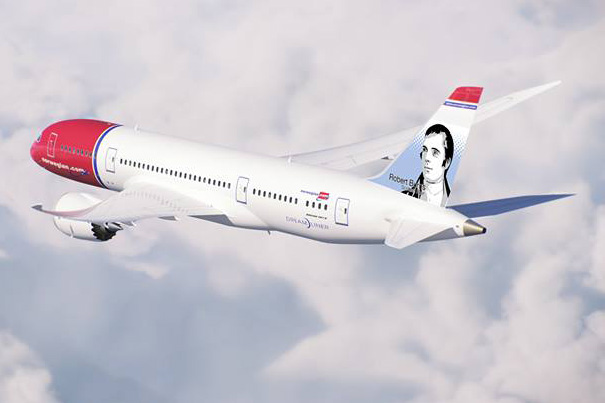 The new airline received its Air Operators Certificate (AOC) on January 27, 2018 after being established on January 25, 2017.

The airline plans to operate six Boeing 737-800s with operations from Buenos Aires, Córdoba and Mendoza.

Norwegian transferred Boeing 737-800 EI-FVO to Argentinas as LV-HQH for the certification process.

The new airline is expected to launch operations in the second quarter of 2018.

In other news, Norwegian announced that Scottish poet Robert Burns will become the first Scottish ‘tail fin hero’, as people across the globe celebrate Burns Night!

Burns Night is annual event to celebrate the life and work of Robert Burns on the anniversary of his birthday – January 25. The first Burns supper was held in July 1801 when Burns’ close friends got together to mark the fifth anniversary of his death. The night included performances of Burn’s work and was such a resounding success they decided to hold it again, beginning the tradition of Burns Night!

The renowned poet’s portrait will grace the tail fin of a Norwegian Boeing 787 Dreamliner aircraft (below) which will take to the skies later this Spring.