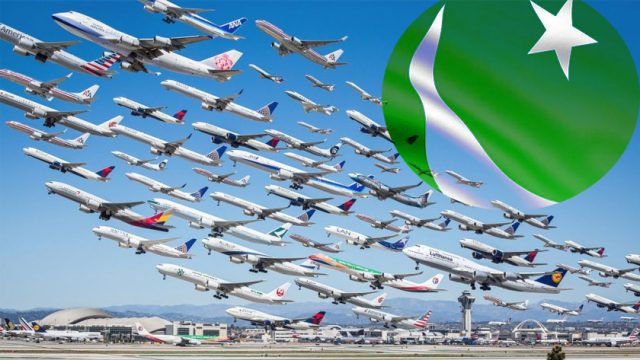 PIA and other private owned airlines have served the consumers for a long time; however, now six new privately owned airlines are likely to start their operation in the country, which will without a doubt diversify our airline industry. According to the information we have gathered, six new airlines have applied for Regular Public Transport (RPT) license to the Civil Aviation Authority (CAA), and it is highly likely that they would start their operation from the first half (H1) of this year.

The six airlines which have applied for the license are as follow:

It would be wise to mention here that an aviation expert while talking to media said that it is promising that new airlines are coming to cater the needs of domestic consumers; however, these airlines will not create any big positive impact on the airline industry of the country as the concerned parties of these airlines will buy aeroplane on lease—meaning no real job creation.

Aside from the news mentioned above, Pakistan International Airline is all geared up to launch its new operation from Islamabad to Gwadar in a bid to curb its losses and gain more air traffic.

Gwadar port under CPEC agreement gets into completion this year and, soon will become the economic and tourism hub of Pakistan. So, PIA authorities are eyeing to take maximum advantage out of it.