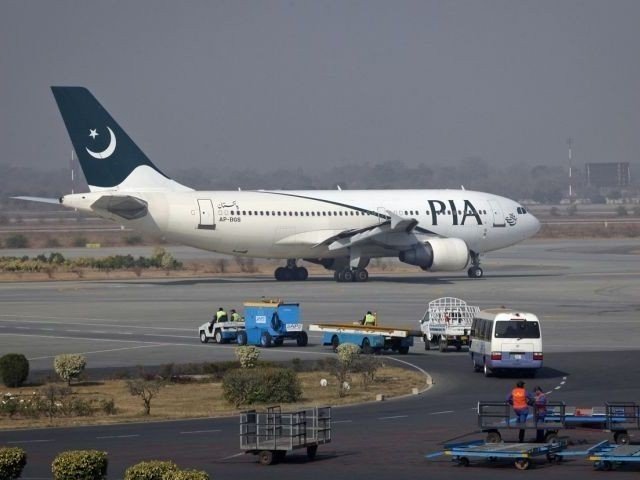 KARACHI: Losses of Pakistan International Airlines (PIA) can soar to as much as Rs6.3 billion a month if the situation deteriorates in the wake of fast spreading coronavirus and the airline decides to stop international flights completely.

In such a scenario, it will start posting operational losses again, which it managed to eliminate in the recent past.

According to estimates made by the national flag carrier’s finance department, the airline could book losses in the range of Rs2.6-6.3 billion based on three different scenarios, which it prepared to assess the impact of coronavirus on the air carrier.

An official of the airline, on condition of anonymity, presented a breakdown of each of the three scenarios to The Express Tribune.

When PIA spokesperson Abdullah Khan was contacted for comment on the matter, he said a massive chunk of the airline’s traffic came from Saudi Arabia with majority of the passengers being Umrah pilgrims.

After Saudi Arabia, the highest traffic for the airline comes from the UK and other European countries.

“Following a halt to Umrah pilgrimage coupled with ferry flights to the UK operated by PIA in the national interest to bring back stranded countrymen, its losses may balloon significantly,” he said.

He added that the airline was yet to make official estimates of the total losses suffered following the coronavirus outbreak, which would be in billions of rupees per month. He voiced fear that the airline might have to halt its entire operations. At present, PIA has suspended flights to China, Japan, Qatar, Kuwait, Oman and Italy with a halt to flights to Saudi Arabia coming into effect from March 18.

The entire international travel industry is faltering and PIA is no different. According to the International Air Transport Association (IATA)’s estimates, global airlines might lose 15-18% of their total revenue in the next few weeks.

“Yes, it is a dire situation and PIA’s financial difficulties will mount further,” said Khan.