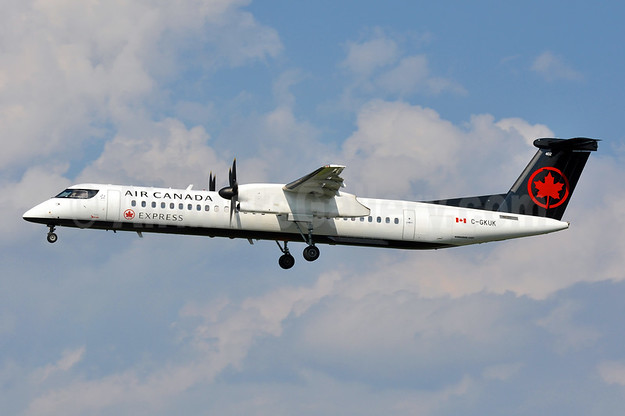 Air Canada issued this story of diversions at St. John’s:

“Ladies and gentlemen, this is the captain from the flight deck. One of our passengers has become seriously ill and we will be diverting to St. John’s so we can get him the appropriate medical attention. We apologize for the inconvenience, but the health of our passengers is a top priority.”

Diversions happen for a number of reasons, but the most urgent ones are almost always the ones where someone’s life hangs in the balance.

“Through teamwork and in keeping safety first, always, our employees rise to every occasion to take care of customers and get these flights back in the air to resume their journey,” said Al Read, Vice President, Airports – North America. “While some of these diversions can be complex, our teams handle them with the compassion you would expect from Canadians. We cannot leave people stranded.”

The St. John’s Airport is the easternmost facility for Air Canada that can handle diversions, and in 2018 took care of 23, including airlines like Air France, KLM, Iberia, Norwegian Air, Delta, American Airlines, United and Tui fly.

“A requirement to land aircraft immediately happens frequently and we handle them with professionalism, care and class,” Al Read said.

Late last year, a diversion from one of our Star Alliance partners dealing with a medical emergency on board resulted in an unexpected stay in St. John’s, Nfld. for more than 250 people who were on board a Lufthansa Airbus A330 travelling from Montreal to Munich.

During a diversion, “We always have to do the right thing because people’s lives are at stake or at risk,” said David Walker, Manager of Station Operations for Air Canada at St. John’s Airport. “When an aircraft comes in that is not scheduled to come in, it’s also very costly for any airline. Diversions can be for many reasons, the unruly passenger, illness, mechanical aircraft problems.”

The flight landed at just past 2 am local time, and by the time the emergency was sorted out, the flight crew was over its duty time and the flight could not proceed. That’s when the team in St. John’s jumped into action to take care of the 243 passengers and 12 crew.

However, with hotel rooms limited in St. John’s, passengers were given the choice to go on a bus tour of the city or remain at the airport. Seniors and families were placed in hotel rooms as they became available, and one family decided it wanted to take the kids to a park to play, so our team put them in a taxi that took them to various city parks.

The diversion is an unscheduled stopover and passengers don’t really want to be at that destination.

The flight re-departed around 9:30 p.m. after being cleaned, catered and refuelled for the trip across the Atlantic Ocean.

The services rendered by our teams so impressed Lufthansa, that the Head of Ground Operations Lufthansa Group in North America’s East Coast, Peter Köser, sent a letter of recognition that reads, in part:

“On behalf of the Lufthansa management and our customers I want to thank you very much for the extraordinary support you and your team rendered last week in St. John’s. We appreciated very much that you organized a city tour, provided catering and opened the lounge as no hotels were available for our customers. Our customer service department did not register one negative customer comment, which is absolutely unusual for a diversion like this,” Köser wrote.

While flight crews have basic first aid training and will seek out a medical professional on board who can use the aircraft’s medical kit, getting a passenger on the ground as quickly as possible is still the best option.

When that happens, our ground crews are ready to jump into action, as the Lufthansa example demonstrates. Our dedicated ground crews across the country step up when a diversion occurs to not only ensure that our scheduled operations are unaffected, but that the passengers and crews of the diverted aircraft are looked after with empathy and compassion.