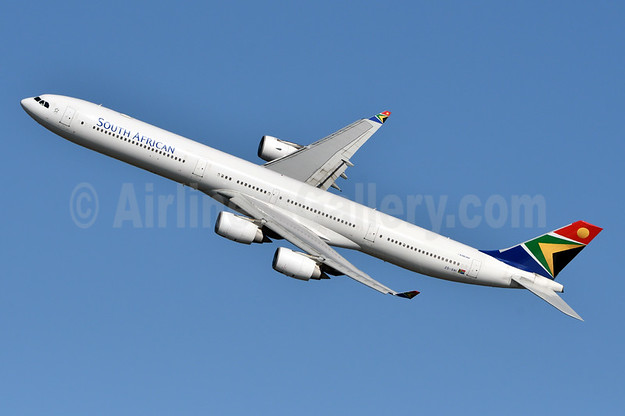 South African Airways (SAA) has put some of its aircraft up for sale to accommodate the new Airbus A350-900s the airline recently added to its fleet.

In a tender on the airline’s website, SAA said it was selling nine wide-body aircraft – – five Airbus A340-300s and four Airbus A340-600s – – and 15 spare engines and four Auxiliary Power Units, a device used to provide energy.

“After we received the four new Airbus A350-900, it has become necessary for us to sell our older models to accommodate the new models with superior features such as the quieter cabin, relaxing in-flight environment and more extra-legroom seats in economy class and lie-flat beds in business Class,” said Zuks Ramasia, SAA’s Acting CEO.

“The decision to sell the aircraft has nothing to do with the business rescue process. For some time we had planned to replace our four-engine aircraft with new generation and more efficient aircraft as part of our fleet renewal programme,”  said Ramasia.

“When we received five A330-300s in late 2017- early 2018 we had already planned to retire five A340s at that time, but due to the operational fleet undergoing maintenance, the retirement of the aircraft was postponed.  Now is the time to sell the aircraft,” she said.

Ramasia said with the new A350s which will start operating on its international route network next week, replacing the A340s has become possible. The closing date for the tender is January 30, 2020 at 11.00 am SA time.

The aircraft on sale used to operate on regional and international routes, which will now be flown by the A330s and A350-900s.

Note: The remaining Airbus A340s are now likely to be retired in 2021.