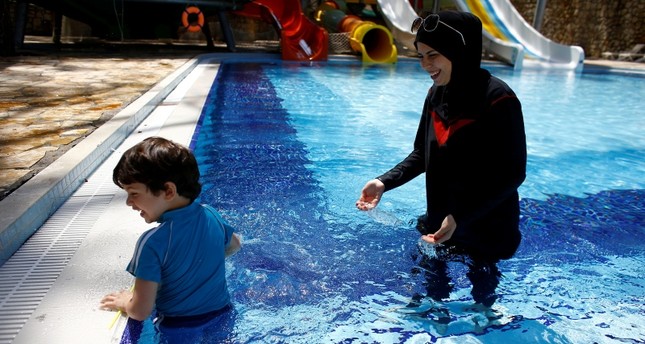 Turkey’s $26 billion tourism industry has been battered by security fears and political disputes in recent years but one corner of the market is quietly growing – beach holidays for conservative Muslims.

Dozens of hotels and resorts on Turkey’s shores, featuring separate pools and beaches for men and women to meet religious strictures on modesty, are attracting families from Turkey, the Middle East and Muslim communities in the West.

While still only accounting for a small fraction of tourists, the market for “halal,” or Islamic-compliant, holidays has shrugged off the turmoil and looks set for more growth. 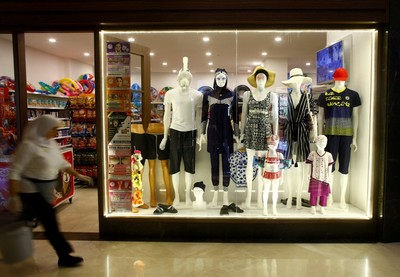 “In the last couple of years there was a boycott of Turkey as a tourism destination but we have seen halal-friendly tourism booming throughout this period,” said Ufuk Seçgin of halalbooking.com, which promotes international Islamic holidays.

“Halal conscious travelers are more resilient. They are not easily scared by headlines,” Seçgin said, speaking over loud pop music at a men-only pool and water slides in Elvin Deluxe resort.

The total number of tourist arrivals in Turkey dropped by a quarter to a 10-year low in 2016, hit by a failed coup, a wave of bomb attacks and a dispute with Moscow which kept millions of Russians away. It bounced back last year and the government expects 40 million visitors this year.

Secgin’s company brought 12,000 tourists in 2015, almost doubling that number in each of the next two years despite turbulence in Turkey. This year it expects 70,000 to come to visit country whose president, Recep Tayyip Erdoğan, is a pious Muslim who has brought religion back into mainstream public life. 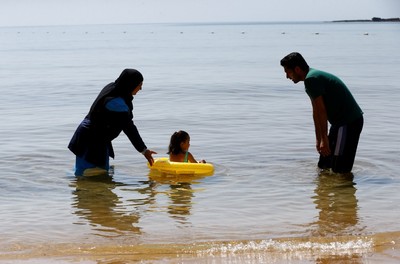 Only 60 or so hotels and resorts offer halal-friendly breaks, out of many thousands of hotels across Turkey, but a report in November said Turkey has jumped four places to the third most popular destination for Islamic holidays, behind the United Arab Emirates and Malaysia.

In a sign of the popularity of the halal hotels, they were all fully booked in Turkey last year for the Eid al-Fitr holiday which marks the end of the Muslim holy month of Ramadan, unlike traditional hotels, according to the State of Global Islamic Economy Report prepared by Thomson Reuters and Dinar Standard.

“Noting the consumer demand at the country’s 60 halal hotels, Turkish hoteliers have started to diversify away from conventional tourism by focusing on this emerging segment.”

In Alanya, a Mediterranean resort known for it wide sandy beaches, halal hotels offer a Muslim prayer rug in every room, pools and beaches separately designated for men and women, and mixed areas of families. Food at the buffet meals is all halal, and alcohol is not served.

At the Wome Deluxe hotel, women-only pools with female security guards and spa staff are shielded from outside view by large panels. Guests can only enter after handing in phones and cameras.

Many of those foreign guests are Muslims from European countries, who say that the rise of right-wing and anti-immigrant sentiment has made them want to take holidays elsewhere. Moves by municipal authorities in France to ban the body-covering burkini swimwear also made them uncomfortable.

“There are prohibited activities for Muslim women in France, we can’t go to beaches or swimming pools,” Rihab Hassaine said, relaxing beside the covered women-only pool with her friends.

“It is not possible to find this kind of holiday with a Muslim concept over there,” Hassaine, from France, said sipping her soda in a bikini at a women’s only pool in southern tourist destination of Alanya.

Yavuz Tanrıverdi, born and raised in Germany, playing with his children on a mixed beach in Alanya said he came to Turkey because he wanted to fit in.

“My wife wears a burqini, for the people here it’s completely normal, in Germany it wouldn’t be that way,” the 36-year-old father said.

“Everyone looks at you as if you don’t belong.”