Above Photo: JetBlue was the first airline to incorporate its own biometric technology with CBP’s facial recognition matching system to verify passengers exiting the U.S.  A pilot program using the technology was launched in May 2017 at Logan International Airport in Boston. Photo by Zack Caplan 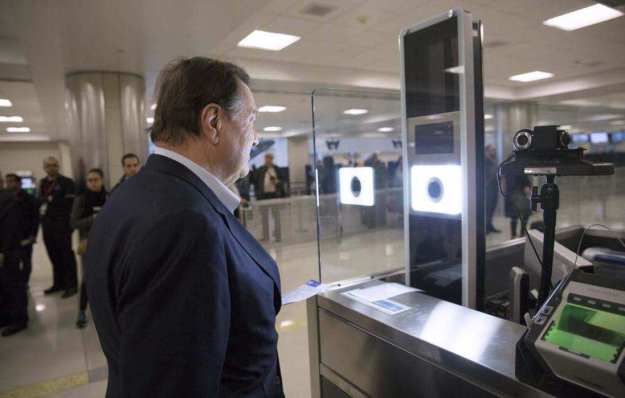 Above Photo: As part of CBP’s one-to-one biometric facial recognition testing on inbound, international flights, a traveler has his photo taken and compared against his passport photo to confirm his identity at Dulles Airport. Photo by Glenn Fawcett

Since the program’s launch in 2017, more than 50,000 customers have participated in biometric boarding on 500+ flights across all four cities. There is no pre-registration required. Customers can simply step up to the camera for a photo match and make their way onto the aircraft.

“The success of JetBlue’s biometric boarding program is a testament to the airline’s ongoing work to create a personal, helpful and simple experience,” said Ian Deason, senior vice president of customer experience, JetBlue. “The boarding touchpoint is an area that needs innovation and we feel biometrics will change the future of air travel as we look to create a more seamless journey throughout the airport.”

All images by CBP and jetBlue.