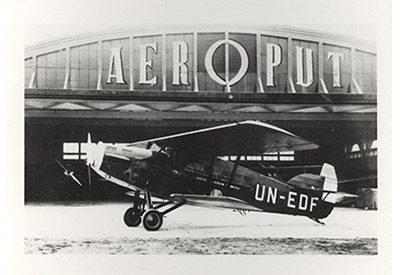 Air Serbia made this announcement:

Air Serbia, as a successor to the tradition of the first national airline, Aeroput, marks 92 years since the first flight. The historic first flight from Belgrade to Zagreb on 15 February 1928, lasted two hours, and was preceded by two years of planning and fundraising to realize the exciting and risky idea of establishing an airline company. The foundations of Serbian civil aviation were laid out with the vision of pilot and aero-engineer Tadija Sondermajer. Under his command, an airplane of the type Potez 29-2, symbolically named Belgrade, flew into history. Citizens and government officials in Zagreb welcomed it, and five journalists and photo reporters from the Belgrade newsrooms preserved its first trip above the clouds from oblivion. Neither the high cost of tickets at the time, nor the fear of passengers of flying managed to hinder the further development of Serbian aviation.

“We are proud that, 92 years after the historic first flight, planes with recognizable colors of the Serbian national airline fly to as many as 61 destinations, and we will increase that figure soon. We are grateful to our predecessors who bravely paved the way for Air Serbia to thrive today. By nurturing the same fervor and love for flying, we continue to recognize the opportunities and overcome obstacles in the extremely dynamic civil aviation market through further development and expansion,” said Air Serbia CEO Duncan Naysmith.

Air Serbia ranks eighth on the list of the world’s oldest airlines still operating, and the year in which it celebrates nearly a century since its first flight will be marked by the establishment of the route from Kraljevo to Thessaloniki in March, as well as the introduction of six new destinations from Belgrade in June.