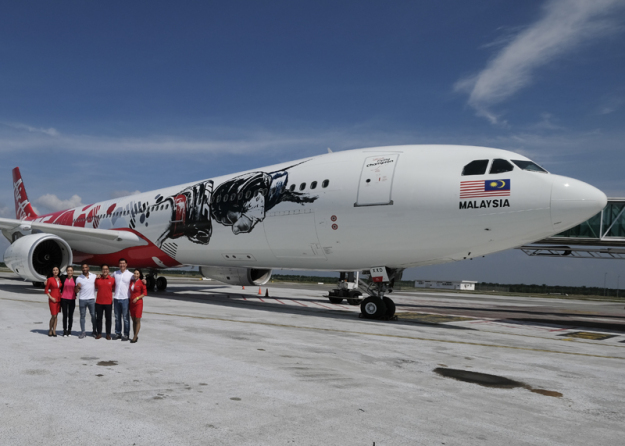 AirAsia has launched the first UFC – branded livery on an AirAsia Airbus A330-300.

The aircraft is the first of its kind in the world to feature UFC branding and is sure to capture the attention of travelers all over the world.

AirAsia Group Head of Branding Rudy Khaw added: “We are pleased to unveil this special livery as the Official Airline of the UFC in Asia. Fight fans have been eagerly awaiting the return of UFC to Singapore, and we are thrilled to be able to present Cowboy vs Edwards for their enjoyment.”

Speaking of the launch, Vice President of Asia Pacific at UFC Kevin Chang said: “This is a special moment for our valued partner AirAsia and UFC. We’re committed to growing the brand and sport in Asia, and this collaborative partnership will continue to help us do that. We have a Fight Night in Singapore in less than a month, and this branded aircraft will add to the excitement of fans traveling there.”