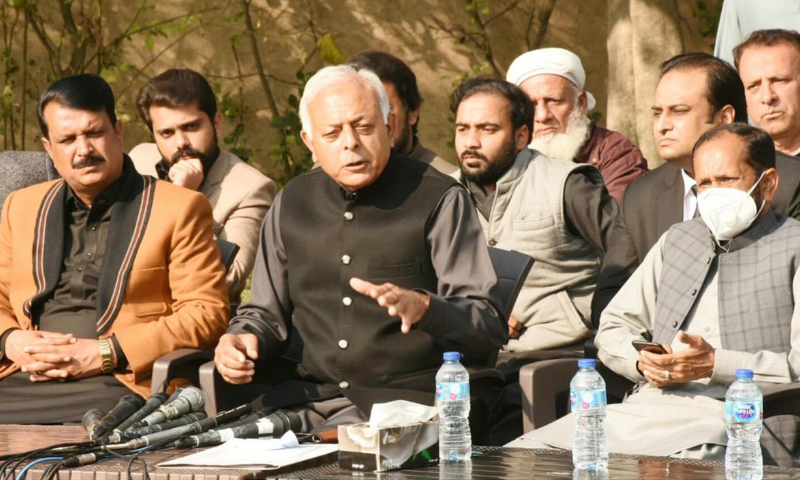 ISLAMABAD: A day after a Pakistan International Airlines plane was impoun­ded by Malaysian authorities due to a British court case over the aircraft’s $14 million lease dispute, Aviation Minister Ghulam Sarwar Khan said on Saturday that the national carrier did not pay the lease due to the Covid-19 pandemic.

Talking to reporters in Chak Beli Khan, the aviation minister said that PIA got two aircraft on lease in 2015 but due to the Covid-19 pandemic, the airline failed to pay the dues last year.

He said that a case was pending in a United Kingdom’s court and the airline was contesting the case in the UK but there had been no ruling in it yet.

He said that Malaysian court gave the decision without getting PIA’s stance on the issue. “Our lawyers will appear in the UK court on Jan 22 and in Kuala Lumpur court on Jan 24,” he said.

While a PIA press release issued on Saturday said the airline management was taking measures for “contesting in a Malaysian court on an urgent basis for release of the PIA aircraft”, the PIA has no answer as to why it sent the Boeing-777 overseas knowing the fact that it had not paid the lease amount for the past many months and the matter is in litigation.

A senior government official told Dawn that the Foreign Office, the Attorney General for Pakistan and the PIA were assessing the situation for a long-term and amicable solution and their deliberations were not restricted to only getting back the impounded aircraft.

Also, PIA spokesman Abdullah Hafeez told Dawn that the legal team in Pakistan had started the work to file a petition before the Kuala Lumpur court with the help of an attorney in Malaysia. He said that PIA would send its lawyers, if required, to Malaysia to make arguments before the court and assist its lawyer.

He said the legal team had been asked to prepare the case to challenge the interim relief to the other party while seizing the aircraft. The online consultations had been started and they would complete their work by Sunday evening, he added.

The spokesperson said the Malaysian court took an ex-parte decision causing inconvenience to the passengers who had already boarded the plane.

A senior official of PIA told Dawn that the legal team was likely to raise the issue that the case was pending in UK’s court so the Malaysian court would not give any relief to the other party.

The spokesman said PIA was bringing back 172 passengers boarded the impounded aircraft to Islamabad through Emirates and Qatar Airways flights.

He said 118 passengers arrived via Dubai through EK614 at 11pm; whereas 54 passengers would reach Islamabad early on Sunday morning via Qatar Airways flight QR632.

A Reuters report had said according to the order passed by the Kuala Lumpur High Court on Thursday, the plaintiff of the case is Peregrine Aviation Charlie Limited and the matter pertains to two jets leased to PIA by Dublin-based AerCap, the world’s largest aircraft lessor, in 2015.

They are part of a portfolio that AerCap sold to Peregrine Aviation Co Ltd, an investment unit of NCB Capital, the brokerage arm of National Commercial Bank SJSC, in 2018.

Malaysia’s ministry of transport had said in a statement that the aircraft was being held pending legal proceedings set for Jan 24.

In December 2020, the PIA had decided to remove four ATR aircraft due to an “expensive lease” arrangement and returned one of them. Rumours are doing the round that the PIA management also wanted to get rid of A-320s.