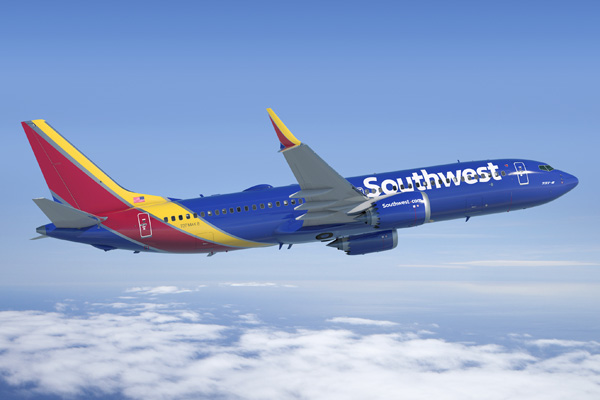 Southwest Airlines has made this announcement:

Southwest Airlines continues to monitor information from Boeing and the Federal Aviation Administration (FAA) on the impending 737 MAX software enhancements and training requirements. We remain confident that, once certified by the FAA, the enhancements will support the safe operation of the MAX.

We previously revised our flight schedule by removing the MAX through October 1 to offer reliability to our operation and stability for our Customers. With the timing of the MAX’s return-to-service still uncertain, we are again revising our plans to remove the MAX from our schedule through November 2.

By proactively removing the MAX from scheduled service, we can reduce last-minute flight cancellations and unexpected disruptions to our Customers’ travel plans. The limited number of Customers who have already booked their travel and will be affected by our amended schedule are being notified of their re-accommodated travel according to our flexible accommodation procedures. The revision will proactively remove roughly 180 daily flights from our schedule out of our total peak-day schedule of more than 4,000 daily flights.

We offer our apologies to our Customers impacted by this change, and we thank them for their continued patience.

The partnership kicked off today for Customers on Southwest Flight 2246 from Dallas to San Diego, a city that is hosting one of the biggest comic convention weekends. Customers were surprised with a Nintendo-themed gaming flight as Southwest and Nintendo representatives onboard provided them with the opportunity to play a custom air travel-themed Super Mario Maker 2 course, called the Southwest Super Sky Challenge. Everyone onboard who played the game was entered for a chance to win a $500 Southwest® gift card and a Nintendo Switch prize pack containing a Nintendo Switch system and a download code for a digital version of the Super Mario Maker 2 game, with one lucky winner being selected prior to the flight landing.

Each of the Customers onboard the 737-700 aircraft was then awarded a Nintendo Switch system and a download code for the digital version of the Super Mario Maker 2 game to enjoy during their travels and on future flights. Upon arrival to San Diego, Mario himself greeted the flight and took photos with Customers in the gate area.

“Together, Southwest and Nintendo continue to elevate the ways in which we connect to our Customers’ passions, bringing families together over shared memories that will last,” said Brandy King, Director of Communication & Outreach who oversees the airline’s Brand Partnerships and Entertainment Public Relations initiatives. “We’re excited to celebrate this summer by introducing our Customers to a great travel companion sure to keep them entertained, while on a flight, on the road, or at home: Nintendo Switch.”

“With the help of Southwest, we brought smiles to an entire plane full of people,” said Nick Chavez, Nintendo of America’s Senior Vice President of Sales and Marketing. “We hope that spirit of fun lasts for a long time, as now everyone on the flight has a Nintendo Switch system and Super Mario Maker 2 to play at home or on their future travels.”

Fans attending the big convention in San Diego July 18-21 can stop by the Nintendo Gaming Lounge at the San Diego Marriott Marquis & Marina at 333 W. Harbor Drive, directly adjacent to the San Diego Convention Center. There they can play the Southwest Super Sky Challenge Super Mario Maker 2 course and be entered into a sweepstakes** for a chance to win a $500 Southwest gift card,  a Nintendo Switch system,  and a digital version of Super Mario Maker 2 game. Fans who already own a Nintendo Switch system and the Super Mario Maker 2 game can play a custom air travel-inspired course especially designed for Southwest by using the Course ID 39C-LQR-WLF in the Course World mode***.

Known for its ability to play fun games at home and one the go, the Nintendo Switch system allows consumers to customize their gaming experiences and find their way to play. The system has a large library of critically acclaimed games, with more on the way for 2019 and beyond.

All photos by Southwest.